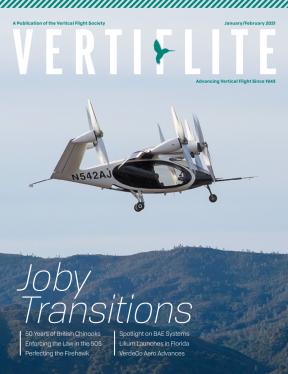 Check out the latest news roundup in our Electric VTOL News newsletters, read our in-depth Vertiflite articles and other news stories, learn about the different aircraft being developed and the new enabling technologies such as motors and batteries, find out about applications like the now-bygone Uber Elevate ecosystem, urban air mobility (UAM), the US Air Force's Agility Prime initiative and the NASA AAM Grand Challenge, or check out our social media and other resources available for those tracking or learning about eVTOL.

One of our most widely-used resources is the World eVTOL Aircraft Directory with 425+ eVTOL aircraft listed to date — and new aircraft added as soon as they are unveiled!

We also have 200+ hours of video presentations on eVTOL aircraft and technology in our video library, including several Electric VTOL Short Courses, taught by leading eVTOL technology experts. And check out our upcoming events and resources from past events.

Sign up for The Electric VTOL™ eNewsletter to get regular updates on progress in Electric VTOL, resources and important upcoming events. You can also check out our past issues.

The Electric VTOL News™ is published by the Vertical Flight Society, the world’s longest-serving and largest VTOL technical organization. This website was started in April 2017, and is the first and foremost resource for eVTOL news and information in the world.

Have an addition, suggestion or question? Let us know!