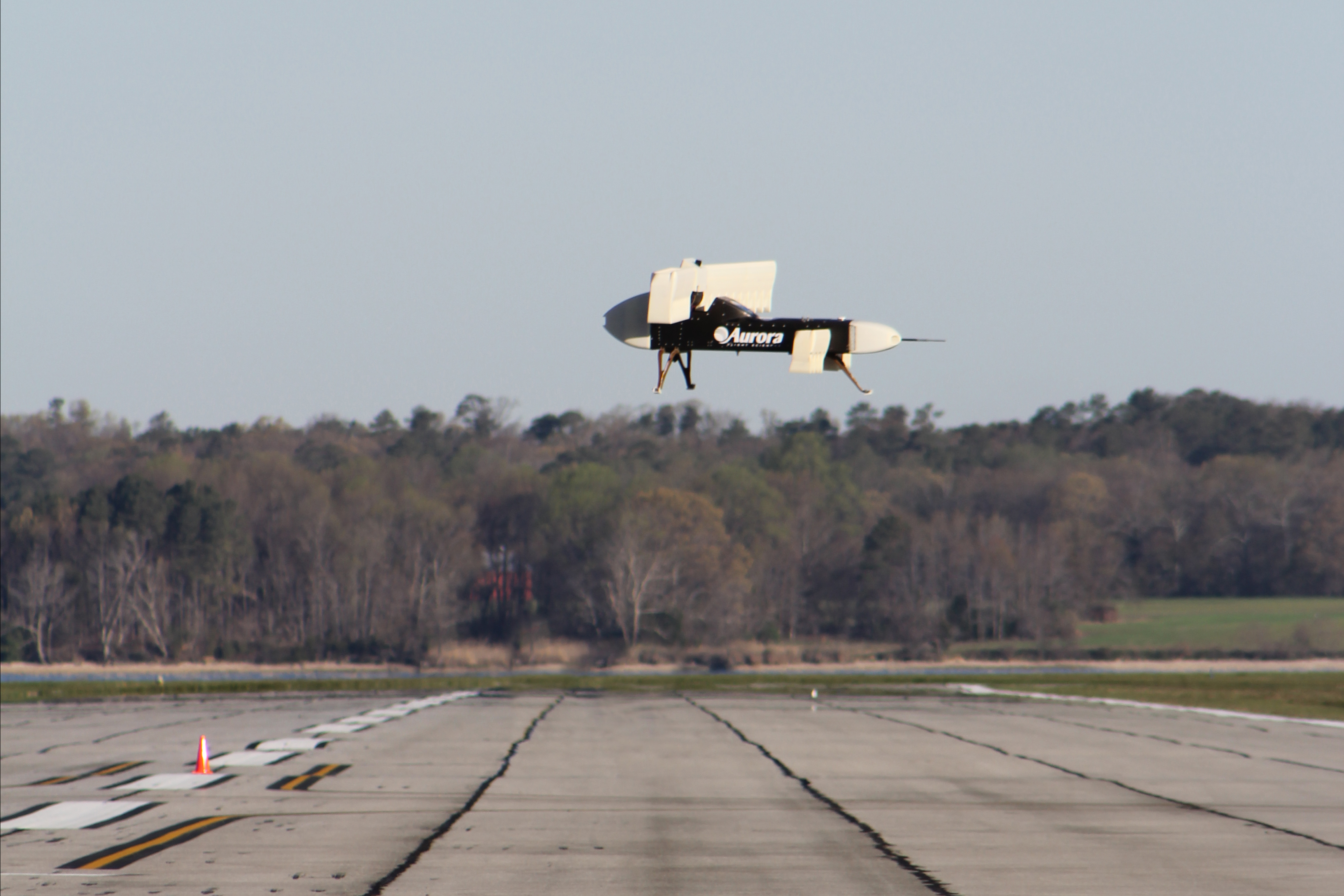 As described in the last issue of Vertiflite (“Lightning Strikes Aurora”), after four-and-a-half years of development, the US Defense Advanced Research Projects Agency (DARPA) awarded Aurora Flight Sciences an $89.4M contract to develop, build and flight test its VTOL X-Plane. Aurora’s LightningStrike uses a distributed hybrid-electric propulsion system: a Rolls-Royce AE 1107C turboshaft (the same T406 engine as used in the V-22 Osprey) drives three Honeywell 1 MW (1,340 hp) generators through a gearbox (more than 10 kA — enough to power a home subdivision); the generators in turn power 24 electric motors, driving constant speed, variable pitch fans (18 on the wing and six on the canards). Both the wing and canard tilt for vertical takeoff and landing.