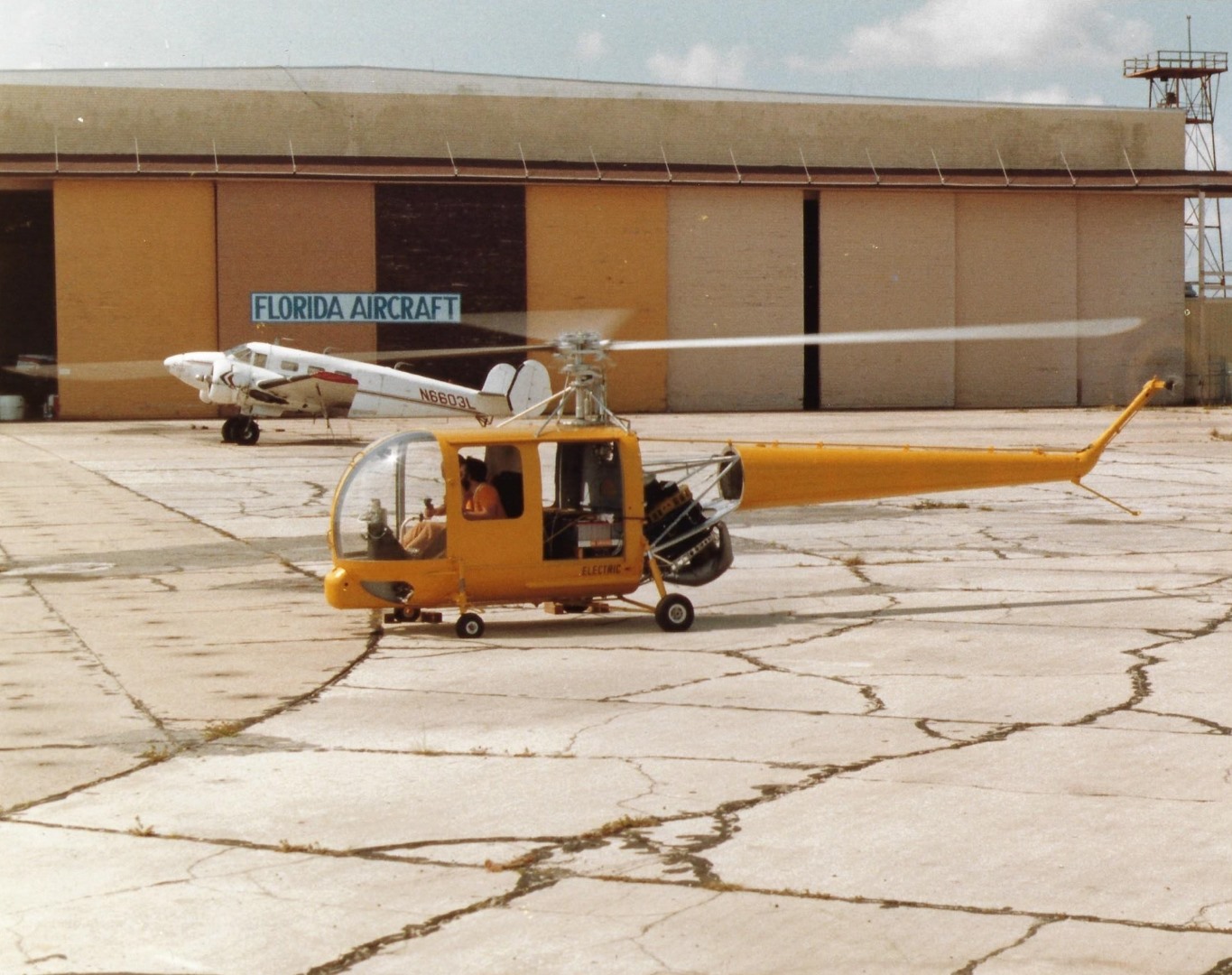 In 1964, Fred Clark founded Orlando Helicopter Airways, Inc. in Sanford, Florida, to overhaul, modify and operate Sikorsky helicopters. Sikorsky agreed to sell Clark all the technical data for the S-52; for all practical purposes Clark’s company became responsible for the future of the S-52 helicopter. He had also acquired at least 17 military surplus S-52s, including five briefly registered in Canada.

As detailed in Orlando Helicopter's Electric Sikorsky S-52 (Vertiflite, Nov/Dec 2021), work at Orlando Helicopter Airways to convert an S-52 to electric power began around 1981, with ground testing starting in late 1983. The company expected battery-powered aircraft would be quieter and emissions free, have no infrared heat signature, and have an overall simple power system.

Orlando Helicopter’s mechanic Merrill Keller salvaged four 60-hp (45-kW) AC starter/generators from existing turbine engines and mounted them around a central transmission input shaft. The four starter/generators were linked by toothed belts. This 410-lb (185-kg) powerplant could produce 240–300 hp (180–225 kW) for 10 minutes using as many as fourteen 72-volt lead acid batteries weighing 600 lb (272 kg) that were installed against the firewall in the rear passenger seat area.

According to Helicopter International magazine Sept/Oct 1984, “Orlando expected to progress to a single 240 hp electric motor powered by a 100 lb lithium hydroxide battery pack. This should power the aircraft for up to two hours, with recharging carried out by simply replacing the lithium strips,” though this seems implausible.

By the end of 1983, Orlando had received approximately $50,000 from NASA with the close involvement in the project of Dr. John Zuk at the Ames Research Center, along with Kaylor Energy Products of Menlo Park, California.

The company completed ground runs and a brief hover of less than a minute at Sanford Airport in November 1983, piloted by ex-Vietnamese Air Force pilot, Hue Dinh (a longtime Orlando Helicopter Airways employee). This is believed to be the first passenger helicopter powered by electricity to get off the ground (some previous VTOL observation aircraft hovered with an electric cable — the 1918 Austro-Hungarian PKZ-2 and the 1964 Canadian Westinghouse Servotech Periscopter — but they weren’t passenger helicopters).

During these tests, problems with motor synchronization were encountered and it was hoped the design would progress to a single Gould torpedo motor located directly under the rotor head. The proposed arrangement would use 100 lb (45 kg) of either silver zinc or lithium hydroxide batteries enabling a hoped-for 30 minutes of operation. This configuration was of much interest because it eliminated the main transmission, freewheel and clutch.

Unfortunately, Dr. Zuk was unable to procure any additional funds from NASA and the project ended.