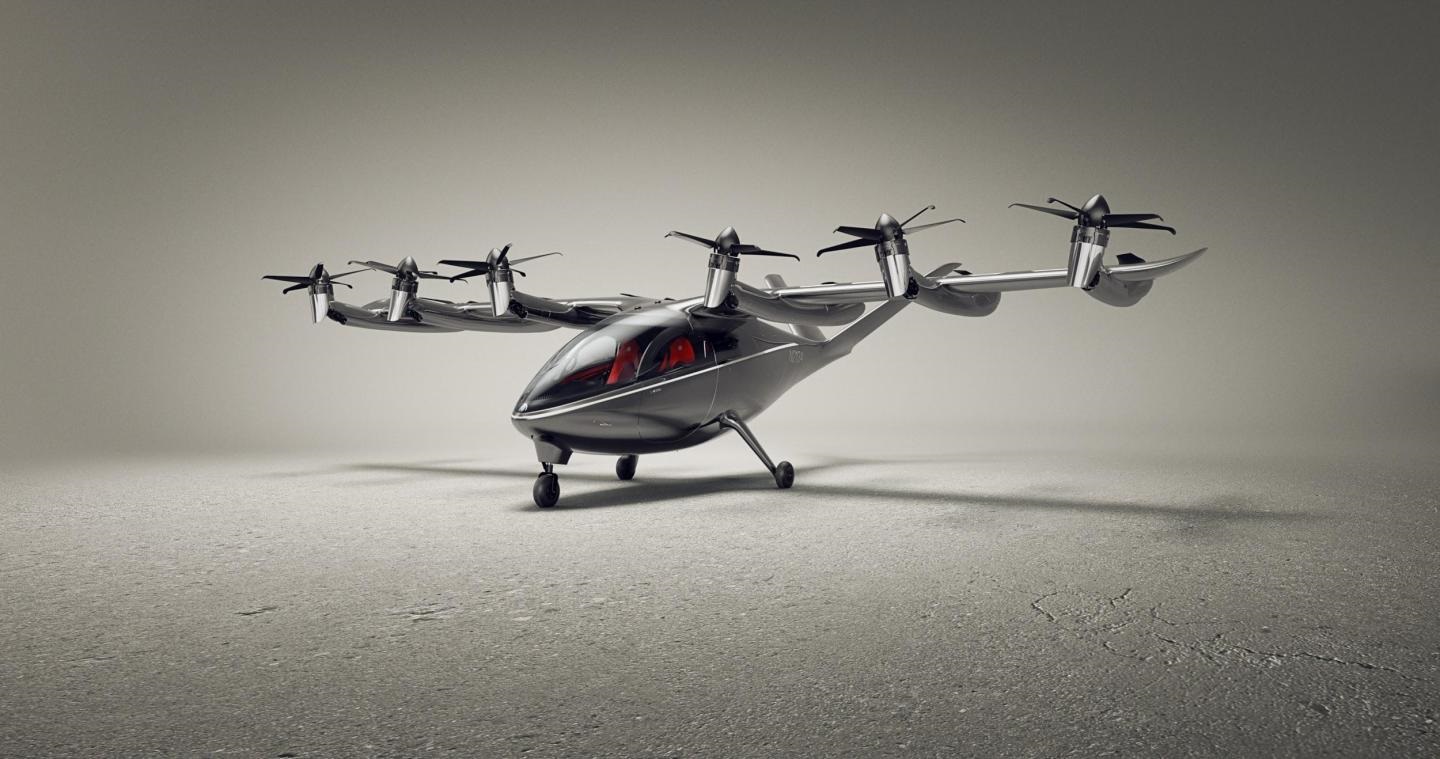 By Kenneth I. Swartz
Vertiflite, March/April 2021

Electric vertical takeoff and landing (eVTOL) aircraft developer Archer Aviation announced an agreement on Jan. 12 with Fiat Chrysler Automobiles — which has now merged with the French car company Groupe PSA (Peugeot) to form Stellantis — for the startup to benefit from the automaker’s low-cost supply chain, advanced composite material capabilities, and engineering and design experience. The new partnership will help accelerate Archer’s timeline in becoming an industry leader with the resources and capabilities to capitalize on the burgeoning advanced air mobility industry.

A month later, on Feb. 10, Archer announced that it would merge with Atlas Crest Investment Corp. (ACIC), a special purpose acquisition company (SPAC), in a $1.1B financing deal to commercialize its as-yet-unnamed air taxi (see “SPACtacular Financing: Billions Coming for eVTOL,” pg. 48).

At the same time, United Airlines announced that it had also agreed to invest in Archer “as part of the airline’s broader effort to partner with leading technology companies that will decarbonize air travel.” Under the terms of the agreement, United placed a $1B conditional order for 200 of Archer’s four-passenger eVTOL aircraft, with an option for an additional $500M in aircraft. “United, in partnership with Mesa Airlines, could give customers a quick, economic and low-emission way to get to airports within its major hubs by 2024.”

In 2013, Goldstein and Adcock co-founded Vettery, a software-as-a-service company designed to help technology and financial service companies recruit the top talent when they were inundated with resumes. The company was an outgrowth of “The Wall Street Admissions Test” (WSAT) blog they developed while working together as investment bankers and hedge fund analysts. WSAT was designed to train people how to get a job in finance. It assessed candidates on the critical skills required to work in the sector, not their GPAs, test scores or where the candidate went to business school.

Vettery used data science and human intelligence to “raise recruiting up to the standards of several other industries improved by technologically enhanced processes and dislodge the antiquated headhunter system,” said Goldstein in a 2017 interview with the website, Indie Hackers. The partners sold Vettery in 2018 for $100M to Adecco Group in Switzerland, which is the world’s second-largest human resources provider and temporary staffing firm.

In an interview with Vertiflite, Adcock and Goldstein said their interest in electric vehicles and eVTOL aircraft began long before they sold Vettery. “For the first year or two, we actually set up a lab at the University of Florida [now] called the Archer Aviation eVTOL lab,” said Adcock — referring to what was previously the university’s electric vehicle (EV) design lab. The research effort engages about 20 people in scale model design and flight testing at the university’s campus in Gainesville — which is bordered by Archer Road, the impetus of company’s name.

Initial investment in Archer came from serial entrepreneur Marc Lore, the former President and CEO of Walmart US eCommerce. He was previously the founder and CEO of Jet.com (sold to Walmart in 2016 for $3.3B) and co-founder and CEO of Quidsi, Inc. (sold to Amazon in 2011 for $550M). PitchBook reports that Archer secured $6M in early-stage venture capital (VC) funding in June 2020, followed by $30M in Series A funding in July 2020; early-stage VC investors included Crosscut Ventures, Gaingels Syndicate, Greycroft, Prime Movers Lab and Tamarack 4.

Engineering & Design
As tech entrepreneurs, Adcock and Goldstein knew they had to assemble an experienced and credible engineering and design team to support their commercialization and funding strategy. Their 15 years of experience building startups together shaped their approach at Archer, which is focused on assembling the right talent, partners and investors to bring a commercial eVTOL to market.

The hiring blitz began around the time of the last flight of the Airbus A³ Vahana in November 2019. This was soon after Airbus created its Urban Air Mobility (UAM) business unit in Europe — i.e. moving the locus of eVTOL development from the US West Coast. A few weeks after Vahana’s last flight, The Boeing Company and Kitty Hawk Corporation officially announced its joint venture company, Wisk, to jointly develop the Cora air taxi; the new management focused on developing the autonomy, perhaps less interesting to aerospace engineers wanting to deliver a new aircraft to market as soon as possible.

In short order, Archer — which was allegedly paying above-market salaries — hired more than 30 eVTOL engineers from A³ and Wisk.

Archer Maker
Archer’s engineering team is now building the two-seat “Maker,” which features six five-bladed, highly tapered, tilting propellers mounted forward of the wing, and six two-bladed lift propellers mounted to the rear of wing. Bower told Vertiflite that Maker is an 80%-scale demonstrator supporting the development of Archer’s yet-to-be-named four-passenger (plus pilot) production aircraft, adding that, “the fuselage cross-section probably won't inflate when we go to a five-seater, but it'll stretch and the wing and rotors will roughly scale.”

Graphics show the Maker carrying the registration-number N213A, which is currently assigned to an electric aircraft called the UF16000, which was registered to Archer Aviation, Inc. in New York on July 10, 2019, and designed by the University of Florida Unmanned Aircraft Systems Research Program (UASRP) lab.

In its investment presentation, Archer said its all-electric operational aircraft will be capable of traveling distances of up to 60 statute miles (97 km) at 150 mph (241 km/h) and designed to have a passenger-mile cost of $3.3 — “comparable to an UberX.”

United Airlines
Archer says it is “creating the world’s first all-electric airline that moves people throughout the world's cities in a quick, safe, sustainable, and cost-effective manner.” United’s eVTOL order is the first placed by any major airline, and the airline intends to use the aircraft to feed connecting traffic at its major hub airports.

The collaboration agreement “provides for close coordination between United Airlines and Archer in a commercialization approach which emphasizes existing technology and elegant design to facilitate regulatory approvals and efficient manufacturing culminating in a luxury experience at a scaled, low delivered cost point,” the airline said in its press release. “United estimates that using one of Archer’s eVTOL aircraft could reduce CO2 emissions by up to 50% per passenger on a trip between Hollywood and Los Angeles International Airport (LAX), which is one of the initial cities Archer plans to launch their fleet and one of United’s largest hubs.”

In a Form 8-K report filed by Atlas Crest with US Securities and Exchange Commission (SEC) on Feb. 10, the company stated, “We expect that United will allocate resources in the form of personnel time from its experienced team of pilots, maintenance staff, and regulatory experts. We believe our access to these valuable resources will accelerate the certification of Archer’s Aircraft and result in an aircraft with lower maintenance and operational costs.” And it also notes that, “Up to 20% of certain of United’s rights and obligations under the Purchase Agreement and the Warrant may be assigned to Mesa Airlines.”

Mesa Airlines is a Part 121 regional airline based in Phoenix, Arizona. As of Jan. 31, Mesa operates a fleet of 160 aircraft on behalf of American Eagle, United Express and DHL Express.

“This vehicle has the opportunity to make it easier to get to the airports and to do it in a quiet way and in a safe way,” Mike Leskinen, United’s VP Corporate Development and Investor Relations, said during an Archer media call on Feb. 22, adding that “in the fullness of time, we'd hope that you'd be able to land inside of security and board your larger aircraft for the longer trip. So, that's certainly our vision. It's going to take time. But these are the right steps and we're partnered with the right team to make this happen quickly.”

About the Author
Ken Swartz runs the agency Aeromedia Communications in Toronto, Canada. He specializes in aerospace market analysis and corporate communications. He’s worked in the regional airline, commercial helicopter and commercial aircraft manufacturing industries for 25+ years and has reported on vertical flight since 1978. In 2010, he received the Helicopter Association International’s “Communicator of the Year” award. He can be reached at kennethswartz@me.com.

I would like to be involved with this exciting aircraft;

I have 20000 flight hours in types of aircraft. I flew helicopters for the Army National guard and other general aviation operators. I retired from American Airlines as a Captain Flying B-767's and B-757's. While working for a small airline I was the lead dispatcher as a collateral duty.. It is easy to see the potential for operations with this aircraft. What can I do to get involved?

Great! Join VFS and get involved: www.vtol.org/membership. Or, if you specificially want to contact Archer about jobs, go to https://www.archer.com/careers