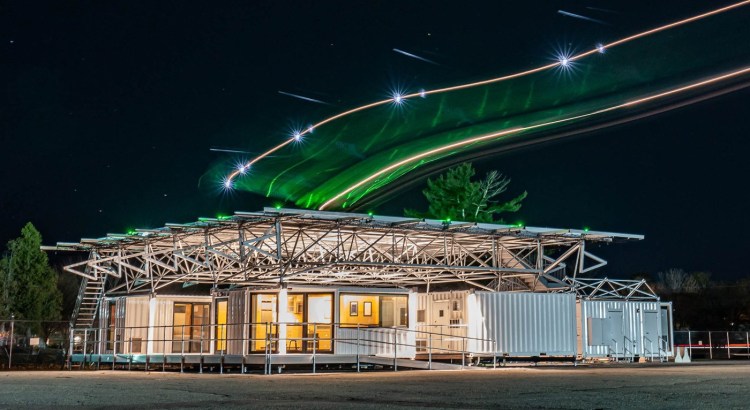 Beta Technologies has developed a modular charging station ahead of expected demand by operators of eVTOL aircraft, drones and conventional helicopters. The Vermont based company founded in 2017 said its station can be configured quickly in a variety of locations — ranging from dense urban centers to remote outposts — and with several optional modules — from a pilot lounge and sleeping quarters to an elevated landing deck — depending on the mission and environment. The station is powered by a 250 kW AC/DC inverter connected to a main grid, which can be augmented by optional arrays of repurposed electric batteries and solar panels to maintain rapid recharge during peak demand periods.

Launch customer and Maryland-based biotech firm United Therapeutics, which plans aerial transport of its manufactured human organs, backed development of the station along with the Alia eVTOL aircraft Beta plans to unveil in the coming weeks (see “Electric VTOL for Organs on Demand,” Vertiflite, March/April 2019). Beta told Wired magazine that the system could be ready for use almost immediately by drone customers and years ahead of the expected demand for eVTOL operations. Photo by Eric Adams. Used with permission. (Sources: Wired, eVTOL.com)