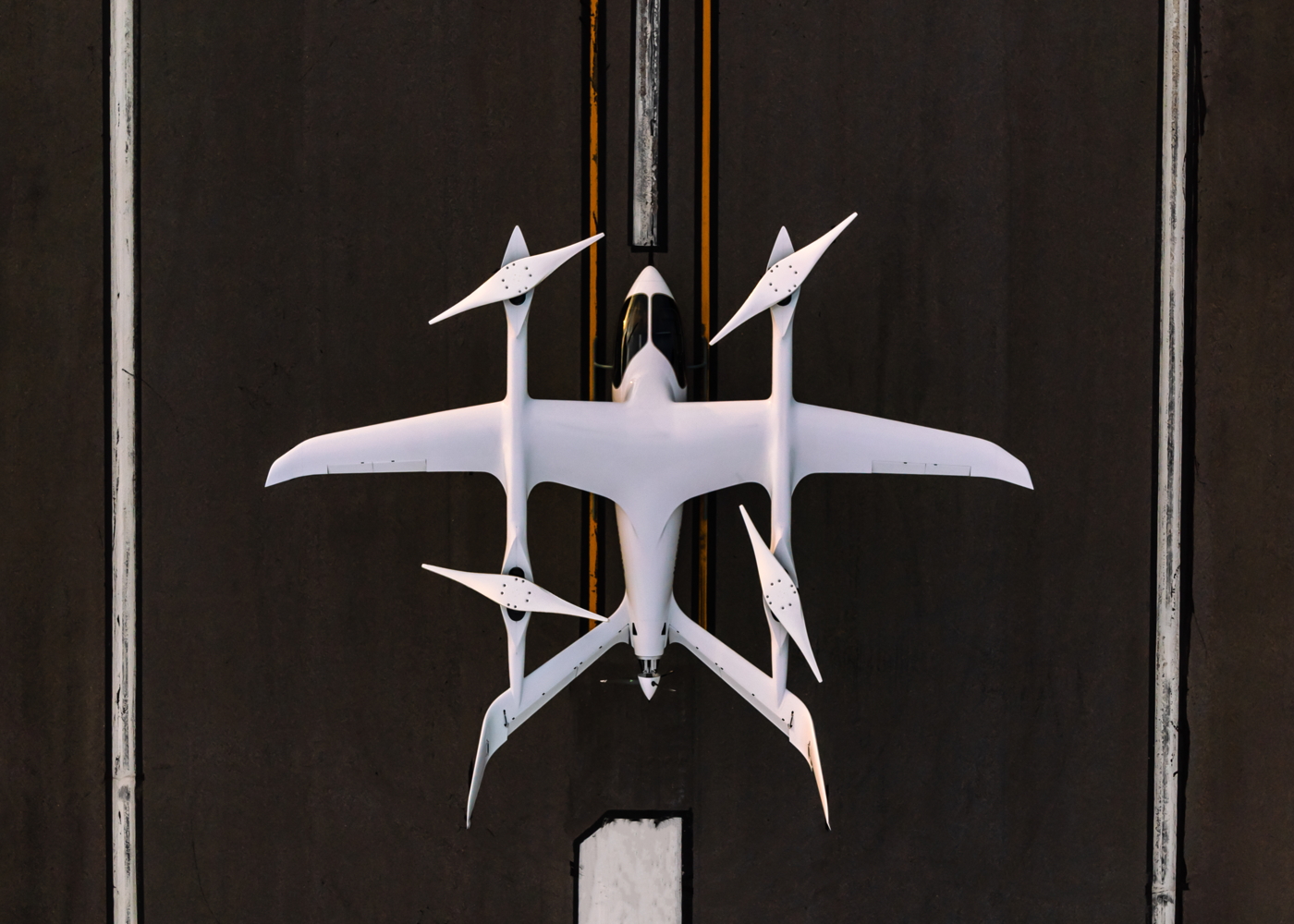 June 12 saw the much-awaited unveiling of Beta Technologies’ Alia eVTOL when the company authorized journalist Eric Adams (a past Vertiflite contributor) to release photos and information on the aircraft. The company hired a Helicarrier S-61 for an airlift from its facilities at Burlington International Airport (BTV) in Vermont across Lake Champlain to its flight test facility at Plattsburgh International Airport (PBG) in New York, 20 miles (32 km) northwest. The lift plus cruise Alia supersedes the vectored thrust Ava XC prototype revealed in January 2019 by Adams, developed with the support of United Therapeutics (see “Electric VTOL for Organs on Demand,” Vertiflite, March/April 2019). Alia will be the largest eVTOL aircraft flown to date, with a 50-ft (15.2-m) wingspan and a gross takeoff weight of 6,000 lb (2.7 metric tons). Beta, which completed ground testing before the lift to Plattsburgh, expects the aircraft will have a range of 250 miles (400 km) and will be able to recharge in less than an hour. (Sources: Wired, EVTOL.com)