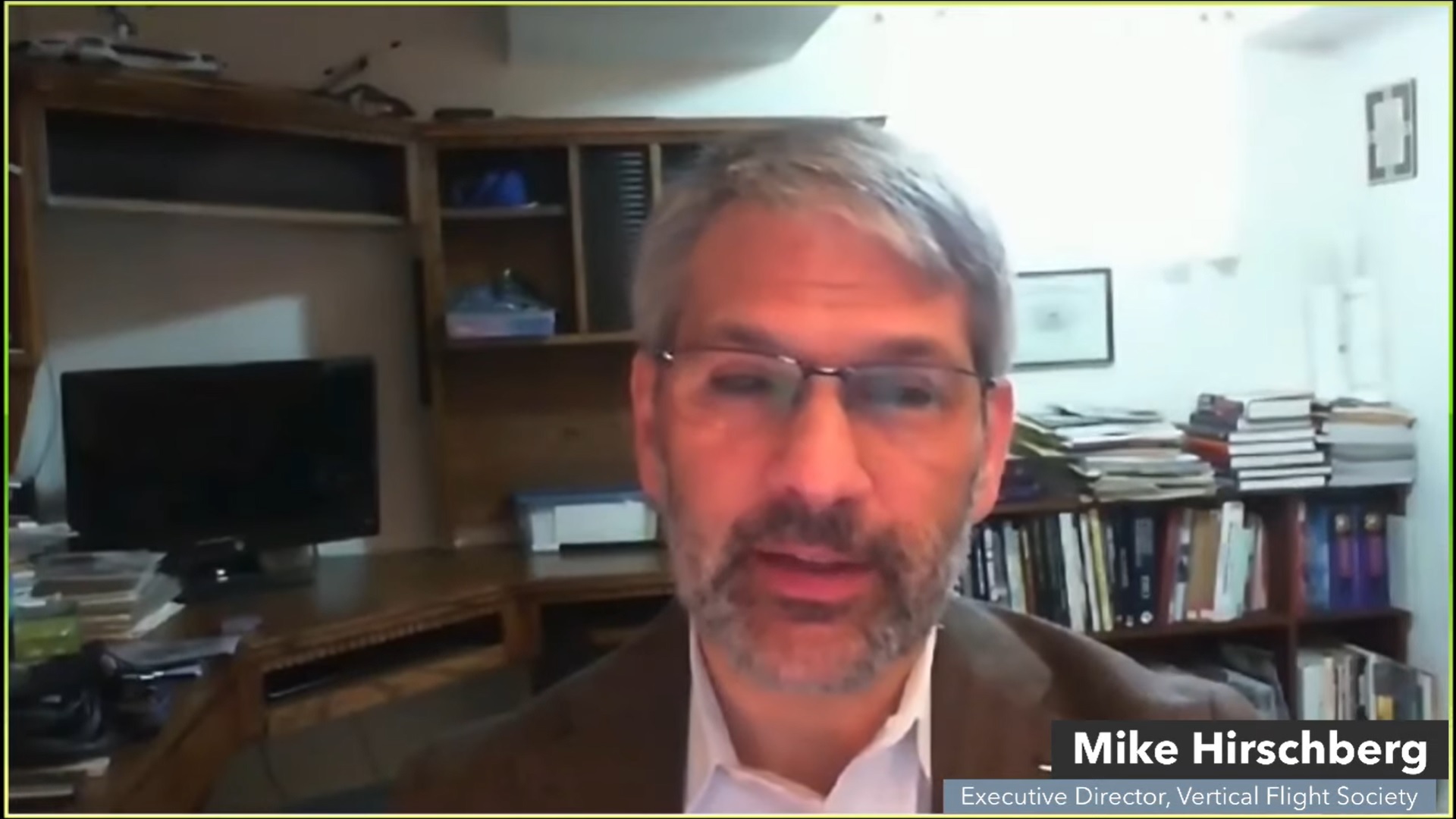 Commentary: Looking Back: A Perspective on the Future Vertical Workforce

With the dawn of a new decade, we’ve been taking a look back at how things have changed since the beginning of the 21st Century. Like everything else, this series has now taken a new perspective given the impact of the COVID-19 global pandemic.

The novel coronavirus has deeply affected so many aspects of our daily lives. It also highlights how easily a deadly virus can transcend borders, continents and oceans in an increasingly interconnected world.

The impact on the airline, travel and tourism sectors has been cataclysmic — airline capacity plummeted 90% in April. Passenger travel has begun to trend upward, but it could be years before demand fully recovers. Airbus Group CEO Guillaume Faury articulated the situation bluntly: “We are now in the midst of the gravest crisis the aerospace industry has ever known,” calling it “an existential threat to our sector.”

The collapse of air travel for business, leisure and VFR (“visiting friends and relatives”) has seen thousands of commercial airliners placed in storage and many may never fly again.

However, helicopters are typically used for missions where the productivity benefits, utility and user experience make them indispensable. Civil helicopter manufacturers have ridden this wave of rising and falling demand for decades and are trying to assess the impact of this downturn on new aircraft demand.

The vertical flight industry has had a lot of ups and downs — literally — over its more than 75 years of existence. Downturns have always been painful, but rotor blades have kept turning even in the toughest times.

As the civil helicopter industry recovers from the economic slowdown, another crisis may be brewing — the lack of enough highly skilled vertical flight experts to meet the demands of new aircraft developments.

Highs and Lows of Military Rotorcraft

Over the past 20 years, the world’s military powers have transitioned from preparations for major conflicts to asymmetric warfare — and now back again. But technology now supports capabilities that weren’t possible before.

As the new millennium dawned, the American helicopter industry’s two most advanced rotorcraft ever committed to development — the Boeing-Sikorsky RAH-66 Comanche for the US Army and the Bell Boeing V-22 Osprey for the US Marine Corps and Air Force — were both flying high. The second Comanche prototype had begun flight testing the year before and the Osprey had begun testing its initial production aircraft.

At the same time, the Comanche was experiencing increased costs and schedule delays, partly as a result of a shortage of software engineers during the dot-com boom in the commercial sector. As a result of the heavy toll on helicopters during the conflicts in Afghanistan and Iraq — which would eventually add up to a staggering loss of more than 600 American lives and 400 rotorcraft in the first decade of military operations, primarily due to accidents — Comanche was canceled in 2004, so that the funds could be used to upgrade the Army’s existing fleet of legacy helicopters.

During these conflicts, military manufacturers Bell, Boeing and Sikorsky began producing helicopters at an incredible rate. According to Forecast International, global military helicopter production grew from 300 units in 2000 to 900 helicopters in 2013 (and has since leveled off at around 600 aircraft annually). The value of that production similarly increased, from about $3B in 2000 to nearly $20B in 2013 (and now averages around $15B per year).

During this time, manufacturers acquired companies, opened new production lines and collectively hired thousands of engineers and workers to meet demand for these upgraded legacy aircraft. After demand peaked, these same companies began shedding workers and factories, as they “right-sized” to shed overhead expenses.

Meanwhile, the US Army-led Future Vertical Lift (FVL) development was initiated with Congressional direction in 2008 as a result of the advocacy of VFS and our members (see www.vtol.org/FVL). The Joint Multi-Role Technology Demonstrator (JMR-TD) program helped get new aircraft configurations flying and proved that new mission capabilities were within grasp (see “Mixing Modernization,” pg. 12).

As a result, several acquisition programs have begun development under the FVL banner, including the Army’s light, survivable Future Attack Reconnaissance Aircraft (FARA) and the much larger Future Long Range Assault Aircraft (FLRAA).

The irony is that the Army’s Cold War requirements for a survivable, light attack helicopter and long-range assault aircraft have resurfaced as the US turns its focus from asymmetric warfare back to challenging near-peer competitors. Although the Comanche was to be the “digital quarterback” of the Army’s 21st Century battlefield and FARA is expected to be less sophisticated, the overall vehicle attributes — under 14,000 lb (6.4 metric tons) with a 40-ft (12.2-m) diameter rotor — are similar to FARA. The Army also wanted a high-speed, long-range assault aircraft in the 1980s when it was the lead service for the Osprey; now it’s the lead service for FLRAA. Decades of technology advancements, of course, make all the difference in affordability and supportability.

With billions of dollars now budgeted for procurement, the Army is seeking to mature both designs rapidly with initial operational capabilities in 2028 for FARA and 2030 for FLRAA. The US Marine Corps is similarly planning its FVL Attack-Utility Replacement Aircraft (AURA), while the Navy’s studying a family of next-generation rotorcraft referred to as FVL-Maritime Strike (see “Future Vertical Lift — Fulfilling its Promise,”Vertiflite, Nov/Dec 2019).

Of course, a key challenge to simultaneously developing and producing multiple multi-billion-dollar rotorcraft is manpower. FARA and FLRAA developers Bell, Boeing and Sikorsky are now hiring hundreds of experienced engineers for these initial phases, and a bow wave of additional engineers will be needed for their next phases of development.

However, like Comanche, the need for these critical engineers comes at the same time as a new “boom” cycle is happening in the commercial sector — electric vertical takeoff and landing (eVTOL) aircraft. More than $3B has been invested in eVTOL aircraft developments to date, and billions more are now expected to flood in despite the novel coronavirus crisis (see “Financing the Electric VTOL Revolution,” pg. 46).

Stories abound of Silicon Valley eVTOL companies hiring away top talent from rotorcraft companies and even poaching from other eVTOL developers. Beyond the allure of working on revolutionary new electric VTOL concepts, these companies also have a tech sector startup culture with a range of perks not found at traditional defense companies.

The growing need for engineers to develop all of these next-generation military and civil vertical flight aircraft simultaneously is turning into a “war for talent” and the Defense Department will again be on the losing side of this potential crisis if actions aren’t taken. As many as 10,000 additional engineers will be needed in the next decade to meet the expected military and civil development programs. Cost, performance and schedule are all threatened by a lack of experienced manpower.

Few undergraduate aerospace engineering programs cover vertical flight, but 16 US universities are part of the US Army-lead Vertical Lift Research Centers of Excellence (VLRCOEs). A VFS-led panel on May 1 for the US Air Force’s Agility Prime program (see “Agile Change in Air Force ‘Agility Prime’ Launch Pays Off,” pg. 50) covered the past, present and future of the VLRCOEs, including proposed methods for industry and government to dramatically increase the production of vertical flight talent. The presentation slides, an in-depth white paper and recommendations to expand the VLRCOEs are posted at www.vtol.org/workforce.

In short, the US government is funding the 16 VLRCOEs at a level far below that when the program was started in 1982 with only three schools, while the cost to support graduate students has risen dramatically because of healthcare costs. The universities have been investing heavily in their graduate programs, and VLRCOE funding attracts other vertical lift research to the schools, providing as much as 8:1 in research funding over the government’s VLRCOE investment.

At the current level, the VLRCOEs produce about three dozen graduate students — 20–30 Masters and 10–15 PhD — every year. Through relatively modest annual investments from government and industry totaling less than $20M annually, the VLCROEs could support as many as 100 additional graduates per year. These graduates with advanced degrees in vertical flight would be the linchpins to meeting the needs of the future vertical workforce, providing highly trained technical leaders for the toughest multidisciplinary challenges.

Every eVTOL company that develops their advanced (usually second generation) prototypes and begins certification testing will likely need 400–500 engineers of all types (including for software development, certification, etc.). There are already several companies at this stage. Even if only two new companies get to that point each year, that’s 1,000 engineers a year just for the eVTOL demand, not including new conventional helicopter and advanced rotorcraft development programs, of which there are several underway.

Some engineers who have been affected by the layoffs in the commercial aircraft industry can find employment in vertical flight. Some of the VLRCOE schools now offer certificates and/or short courses to re-train existing engineers for vertical flight. But it takes a long time to develop that expertise, either through the school of hard knocks or advanced degrees.

Government, industry and academia must boost their funding now to increase the throughput of the talent pipeline for the future vertical workforce or suffer the negative consequences on cost, performance and schedule of an inadequate labor pool. In addition to tripling our scholarship awards over the past several years, VFS has been raising the “war for talent” as an important issue and is advocating for solutions that will address this potential crisis.