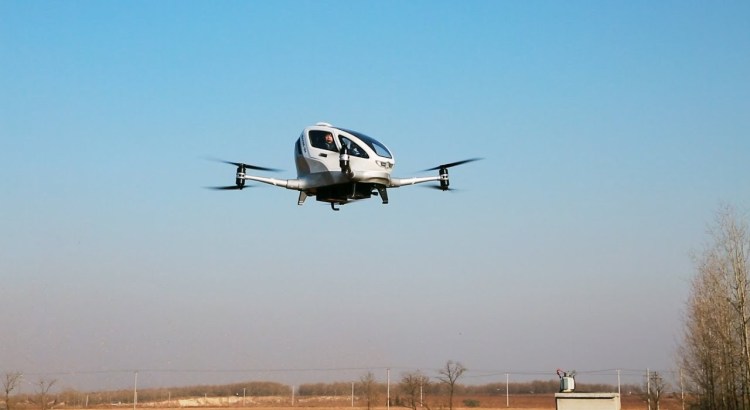 Xiong provided updates on the company’s development testing, and revealed that “30 to 40” of the EHang 184 AAVs have been built; the 184 is for one pilot, and has eight propellers on four arms. Xiong also noted that the new two-seater with 16 propellers was being called the “216” and had already made more than 1,000 manned flights. Both aircraft have been tested extensively in Guangzhou, China and Dubai, and that the maximum range that the aircraft has flown to date was 8.8 km (5.5 miles).

Xiong also described that EHang had autonomously flown Dutch Prince Pieter Christiaan into the Amsterdam Arena in April and had conducted a flight demonstration in front of the royal family of Denmark in June.

15 photos from a walk-around of the Ehang 184 first prototype exhibited in Cologne is available on the Vertical Flight Society Photo Gallery.