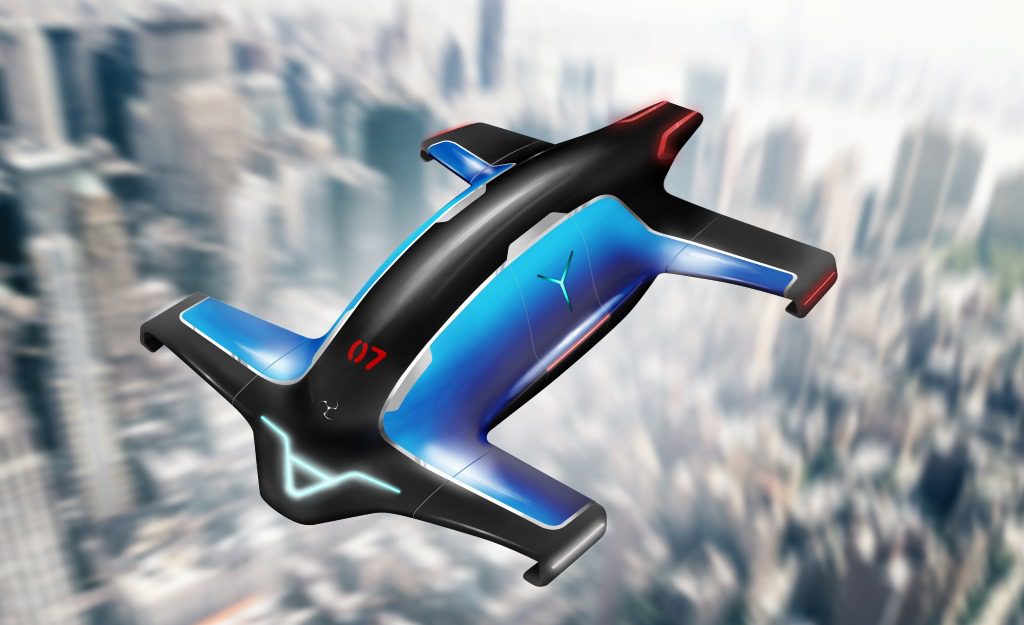 The SKYLYS Aircraft AO is a small passenger vehicle, which it calls an "air speed," being designed for efficient transportation in urban environments. The prototype is under assembly with first flight planned within 12 months. With its compact size, SKYLYS says "a standard building roof can hold 25 Air Speeders versus 12 eVTOL on average for most competitors."

The development of a prototype was the result of 30 months of research and development. SKYLYS is "currently entering the assembly and machining stage, with a view to performing tests in real conditions in the fall of 2018.... The goal of the last 30 months was to wait to discover all competing projects around the world to ensure a new technological breakthrough by unveiling the Air Speeder."

Although the graphic images do not reveal the propulsion method, the company says that "it is the real industrial rendering: ready to be machined .... nothing was hidden and everything is present on the visual." Additional information is planned for release 45 days after the second phase of patent filing.

More information is available at /skylys-ao/