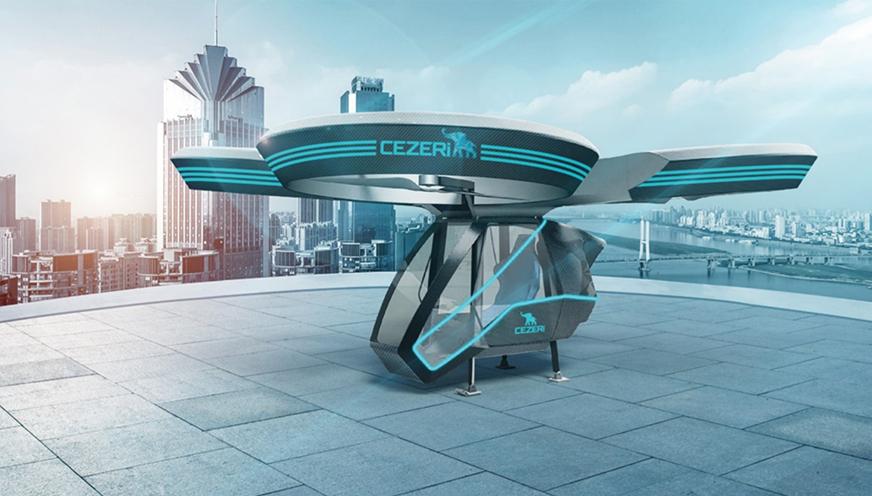 According to the Daily Sabah newspaper, Istanbul-based UAV manufacturer Baykar is nearing completion of the country’s first eVTOL aircraft, called the “Cezeri” — named after the 12th century Muslim inventor/engineer Ismail al-Jazari. Baykar Technical Director Selçuk Bayraktar announced on Aug. 7 that the Cezeri had been under development for about 8 months and the prototype would be unveiled at Teknofest at Atatürk Airport, Sept. 17–22. The single-seat eVTOL has four large, ducted propellers for vertical lift.