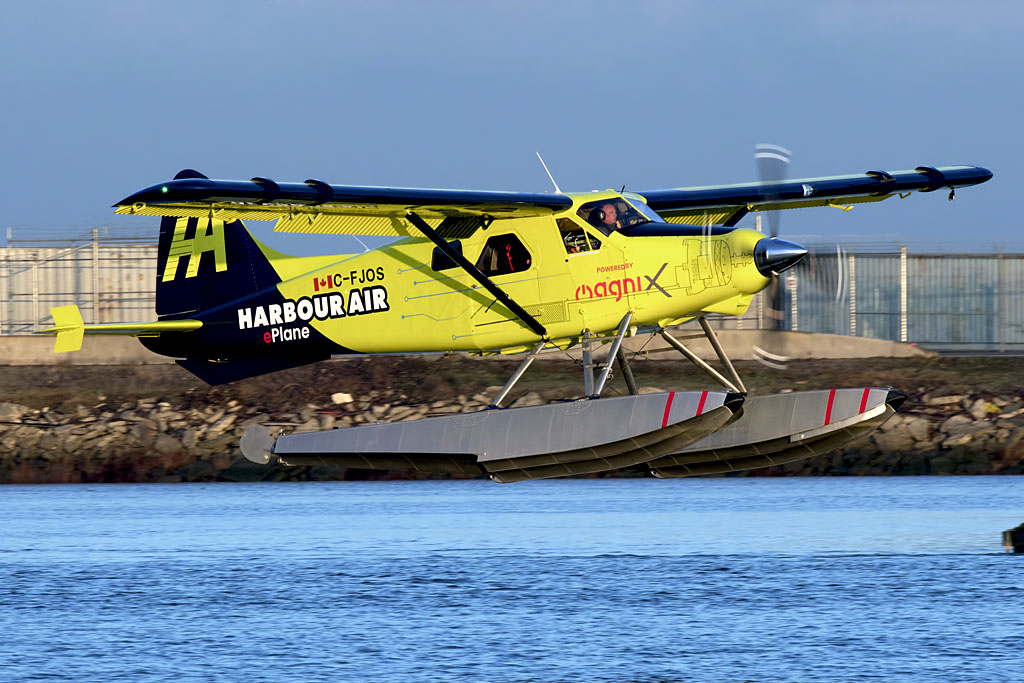 On Dec. 10, Harbour Air, North America’s largest seaplane airline conducted a successful flight of what is claimed was “the world’s first all-electric commercial aircraft.” The flight was made in a six passenger de Havilland Canada DHC-2 Beaver powered by a 750-hp (560-kW) magni500 propulsion system from Seattle-based magniX. The flight took place on the Fraser River at Harbour Air Seaplanes terminal in Richmond, British Columbia, near Vancouver [Canada]. (VFS photo by Gary Vincent)