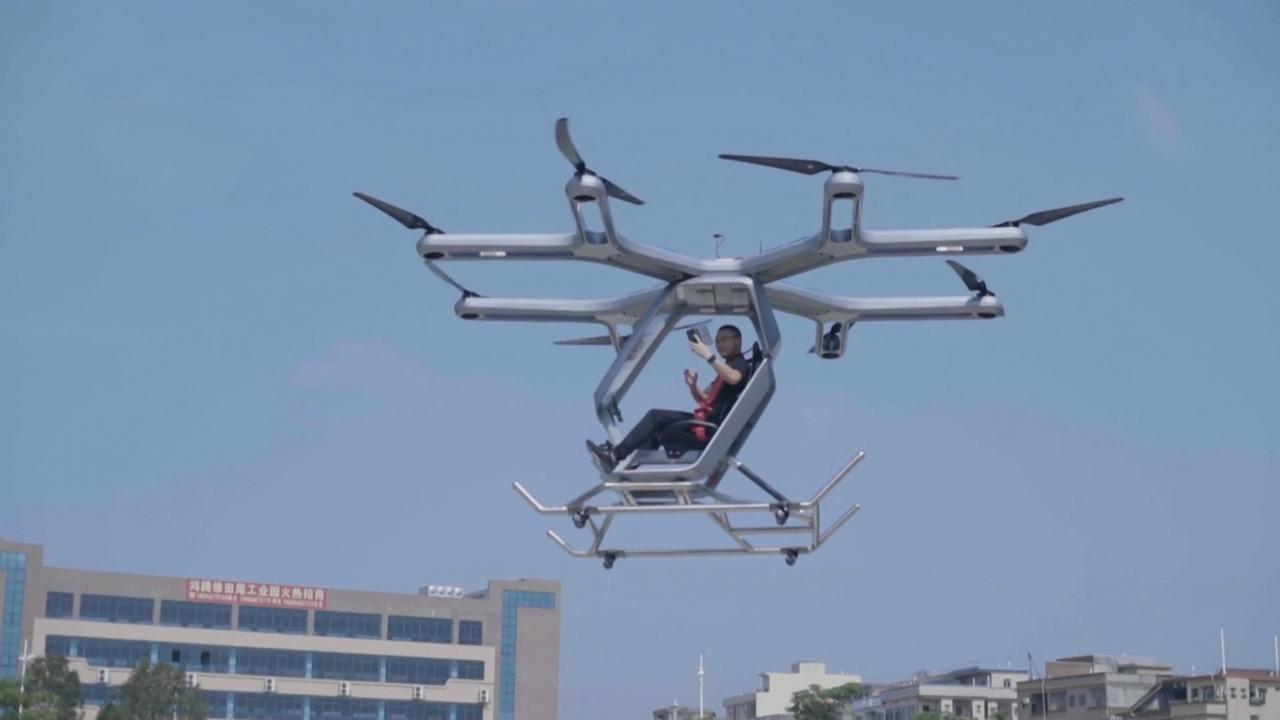 Deli Zhao, a radio-controlled aircraft model and small drone producer in Guangdong Province, China, flew a one-seat eVTOL “flying motorcycle” in June 2018 — followed by a two-seat “flying bathtub” concept more recently — which attracted millions of dollars of venture capital funds from Chinese investors. He subsequently founded a company, Heitech, for further development of new models and recruited several key professionals for industrial design, flight control and certification. This included design studio Kiwigogo in Qingdao City, Shandong Province, which refined Zhao’s design for a single-seat multicopter intended for personal and commercial use. The Kiwigogo T-One (shown) uses eight electric motors and propellers, arranged on four arms, and has a maximum take-off weight of 1,734 lb (800 kg). The aircraft has a maximum speed of 45 mph (72 km/h) and a range of 18.5 miles (30 km) or 30 minutes. Kiwigogo and its founder and chief designer Wang Tan — who is the chief design officer of HeiTech — was a winner of the 2019 Red Dot design award (referred to as the “A-One”).