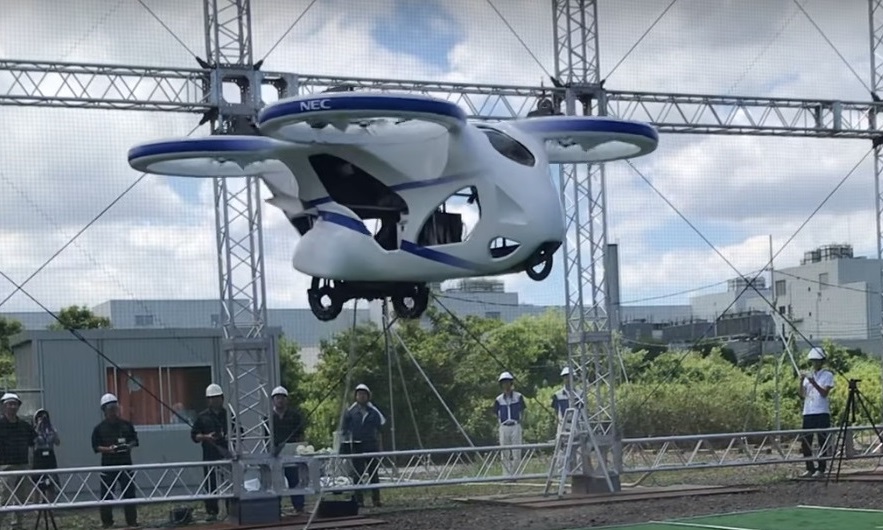 NEC reported that they’ve been flying their eVTOL testbed behind closed doors for several months in Abiko, near Tokyo, but it was first revealed to the public on Aug. 5. The public tethered test flight lasted about a minute with an altitude of about 10 ft (3 m), was flown inside a giant cage to protect everyone viewing the flight. The aircraft has four propellers protected by enclosed ducts for lift; they do not appear to tilt on any axis for flight control. Therefore, flight control is most likely achieved by each individual propeller adjusting its speed independently to tilt in the intended direction. (Image from YouTube video by Yuri Kageyama.)