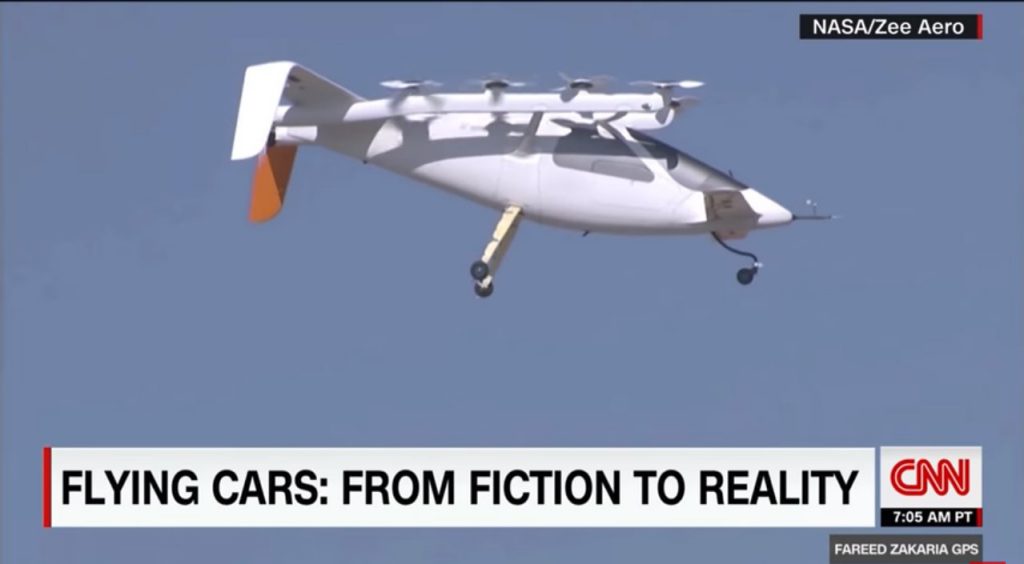 In a CNN episode airing on Dec. 24, Fareed Zakaria interviewed Sebastian Thrun, CEO of Kitty Hawk/Zee Aero. Thrun unveiled the first public flight footage of the original eVTOL concept built and flown by Zee Aero in 2013. The video showed a subscale model (shown) perform a vertical takeoff, a transition to 60 mph (100 km/h) and a vertical landing. This concept was replaced by a more advanced version that has been conducting manned flights at Hollister Municipal Airport, about 35 miles (55 km) southeast of San Jose, California.

Meanwhile, the Kitty Hawk Flyer production model will be unveiled this Spring. Zee Aero is a subsidiary of Kitty Hawk.