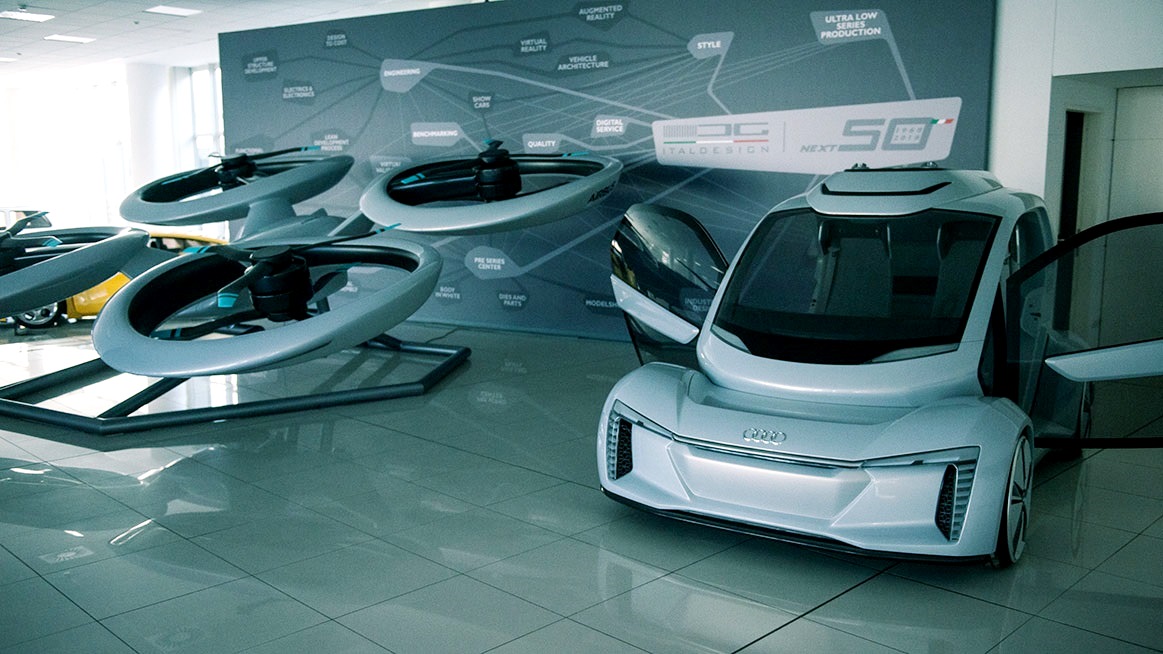 Pop.Up Next Will Take Off

Volkswagen AG, the owner of the Audi brand, announced on March 21 that it and its partners would build a full-scale demonstrator of its Pop.Up Next multi-modal eVTOL system and fly it by the end of 2020. The joint Airbus-Audi-Italdesign system was originally proposed only as a feasibility concept (before Audi was added), then just called “Pop.Up,” in March 2017, although generally similar in appearance to the concurrent Airbus CityAirbus eVTOL approach.

Pop.Up Next modular air and ground passenger concept vehicle consists of three main components: a carbon-fiber passenger capsule, a battery-powered ground module, and an air module electrically-propelled by eight counter-rotating rotors. As chronicled in past editions of the Electric VTOL News, the company demonstrated a quarter-scale working version of the concept in November and has now built a full-scale mock-up. (VW photo)