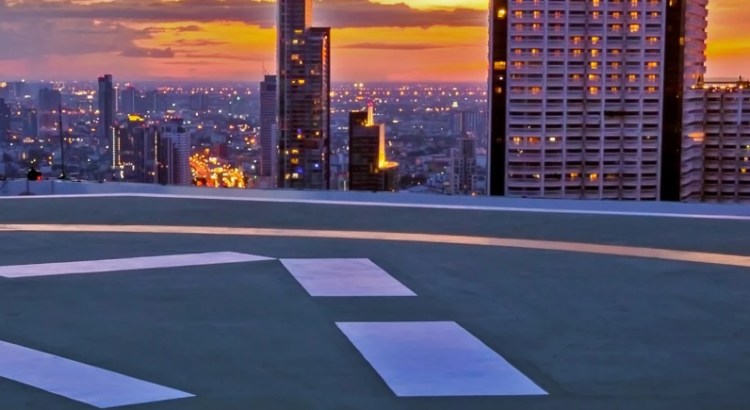 VFS is actively engaged in supporting and advancing the development of eVTOL.

In mid-July, VFS added the 300th electric vertical takeoff and landing (eVTOL) aircraft to its World eVTOL Aircraft Directory. The Society’s Electric VTOL News website ( www.evtol.news), the first and more expansive eVTOL information website, catalogues all known eVTOL aircraft concepts. This comprehensive directory now includes more than 300 eVTOL aircraft concepts — a leap of 50 aircraft since January — representing some 215 different companies/developers. These 300 entries include everything from conceptual studies and defunct projects to aircraft that are currently being flown for certification testing. For the past 30 months, the VFS World eVTOL Aircraft Directory has grown at a steady pace of 100 entries per year — an average of two new eVTOL aircraft concepts are added each week.

As shown in the resulting graph, VFS and Aviation Week estimate that 43 companies were at the large-scale demonstrator phase. A dozen had flown engineering or certification prototypes (in the order shown in the graphic): Joby Aviation, Kitty Hawk (Heaviside), Lilium, Volocopter, EHang, LIFT Aircraft, Beta, Wisk, Hoversurf, Kitty Hawk (Flyer), Opener BlackFly and the Boeing Cargo Air Vehicle. Of these, three aircraft had gone into batch or series production — namely the EHang 216, the Kitty Hawk Flyer (since discontinued) and the Opener BlackFly — each with around 100 units.

VFS estimates that more than $4B has gone into exploring the transformative potential of eVTOL aircraft. Much of the approximately $1B in annual funding for eVTOL aircraft for passenger and cargo urban air mobility (UAM) and other advanced air mobility (AAM) missions is coming from outside of the traditional aerospace industry. For example, Toyota Motor Corporation has invested some $394M in US-based Joby Aviation (bringing total outside investment to $720M) and Hyundai Motor has pledged to invest $1.5B in its UAM efforts. In Germany, Lilium has now raised $376M from investors like Baillie Gifford, Tencent and Atomico, while Volocopter has received $140M, largely from transportation companies like Daimler, Geely and DB Schenker.

VFS assisted the research for this study in order to support acceleration of eVTOL for UAM missions. As a result of the Society’s support of NEXA, including the connections and understanding that have come through corporate membership, as well as the extensive resources on the eVTOL.news website, the report and data are more complete. In gratitude, NEXA has provided a small equity share in the UAM Geomatics, whose purpose is to promote the development and utilization of eVTOL aircraft, including accelerated investment into related supply chains.

Instantiation of UAM will require a complete picture of a city’s geography, topography, and geospatial features, especially during network design, airspace planning, and, ultimately, UAM operator certification. With the UAM Geomatics tools, city planners can visualize and approve new vertiport nodes and their connections through hypothetical flight corridors, and simulate ground noise signatures along with efficient operations. More information and demonstration of the study’s deep city-level analysis of New York City can be found online at www.nexa-uam.com.

we are launching EV HUB USA and on some of the sites will be bays for eVTOL, to land charge up and fly off using 5G autonomous network.