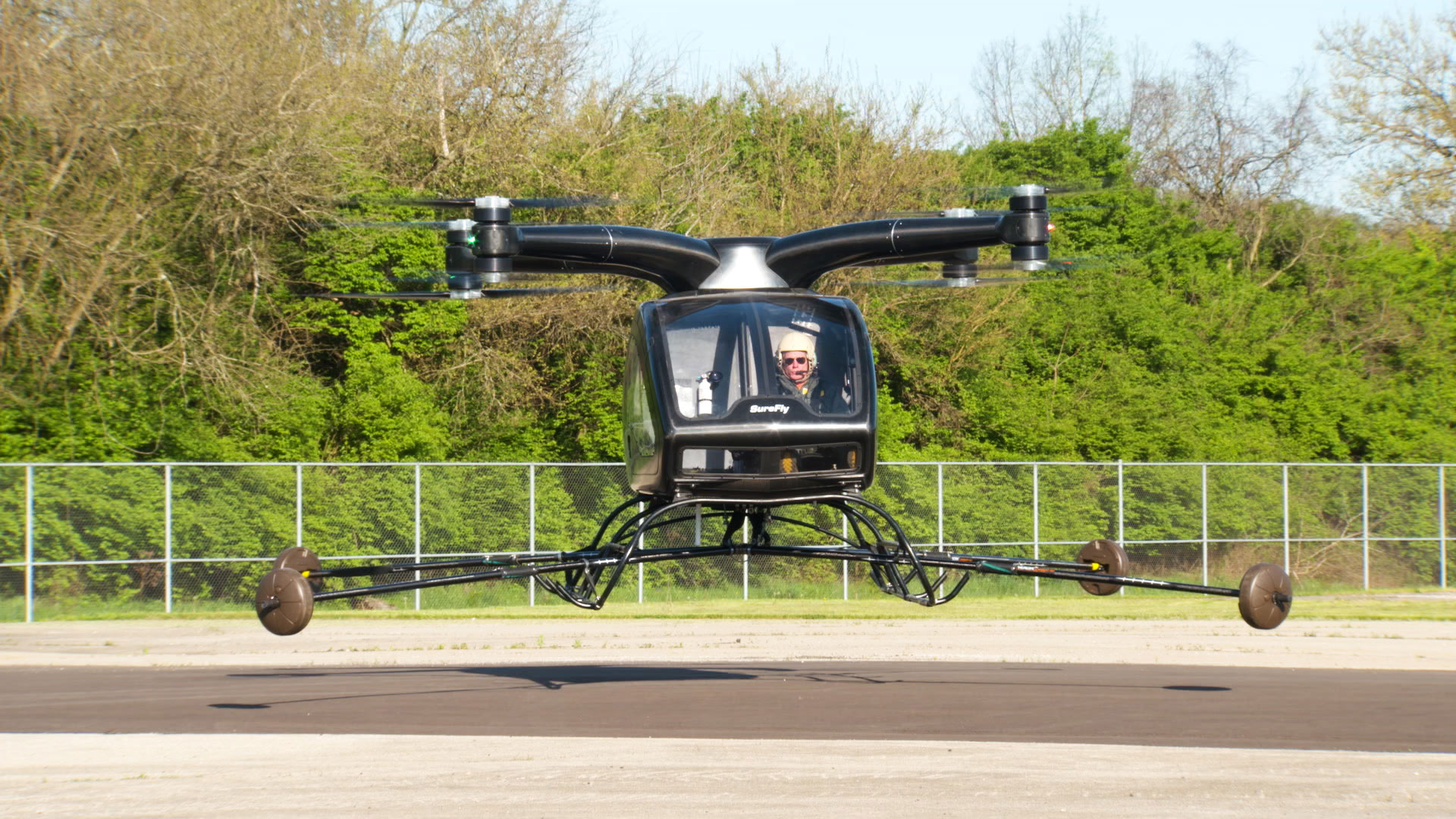 Workhorse completed the first flight of its two-seat SureFly hybrid eVTOL quadcopter on April 30, 2018, in Cincinnati, Ohio. This was the world’s first manned free flight of a hybrid-electric VTOL aircraft. The SureFly made a 10-second, untethered hover with an experimental flight certification.

Workhorse also announced in June that "the Federal Aviation Administration (FAA) accepted the company’s application for type certification for its SureFly eVTOL aircraft." The company noted that "the June 1 application is an important step forward, as the SureFly design appears to be the first hybrid-electric eVTOL multi-copter to reach this important milestone with the FAA."