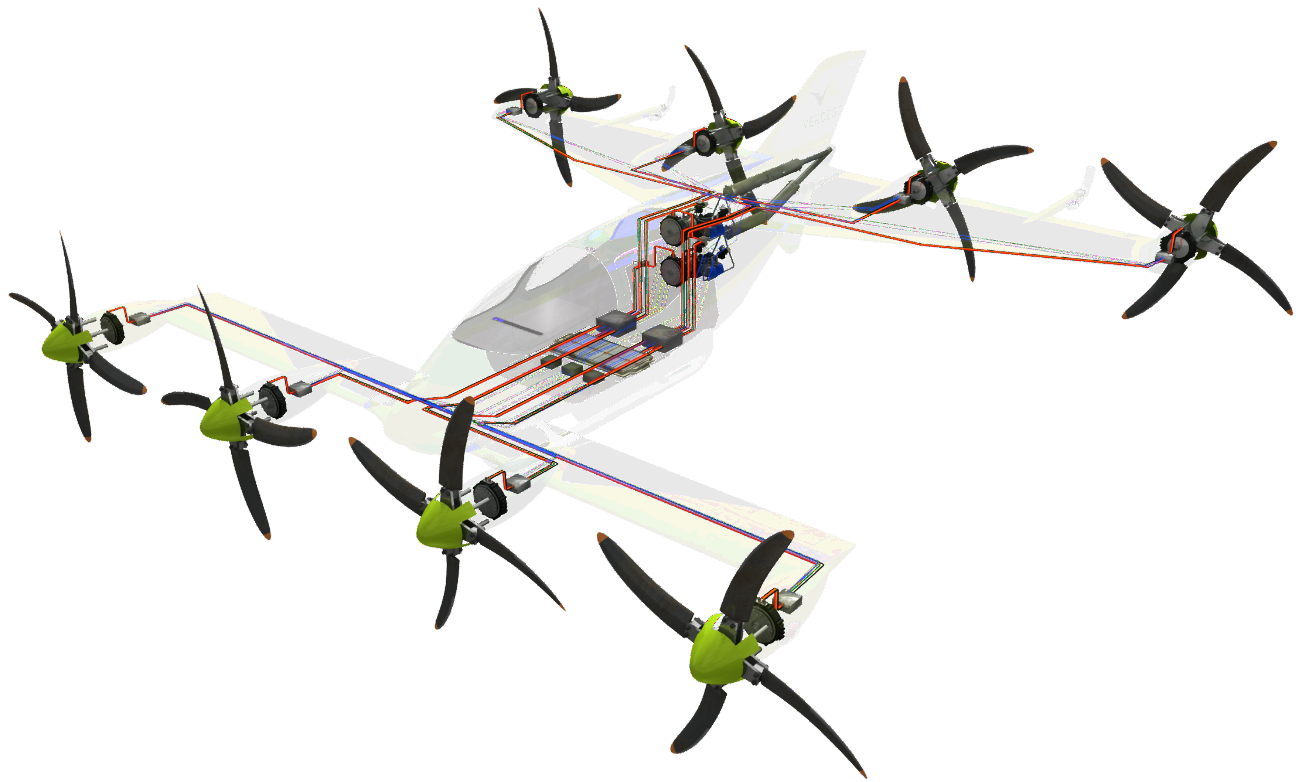 Florida-based VerdeGo Aero has refocused its efforts from developing its PAT200 tandem tiltwing eVTOL aircraft towards developing powertrain and controls solutions. The company announced on Aug. 1 that it was launching its Integrated Distributed Electric Propulsion (IDEP) systems to be a supplier for other eVTOL developers. VerdeGo President Erik Lindbergh said that “As our customers focus on designing, developing, and producing more than 20,000 aircraft by 2035, VerdeGo will be helping them open up this $30B+ transportation market”. In the press release, the company said:

More than 100 aircraft companies around the world are now competing for a share of the Urban Air Mobility ‘Flying car’ market. Many of these new aircraft concepts were inspired by small-scale consumer drone designs. There are critical differences in propulsion systems, aircraft control, and safety that make developing a 2,000+ lb [1 t] aircraft far more challenging than a lightweight drone.