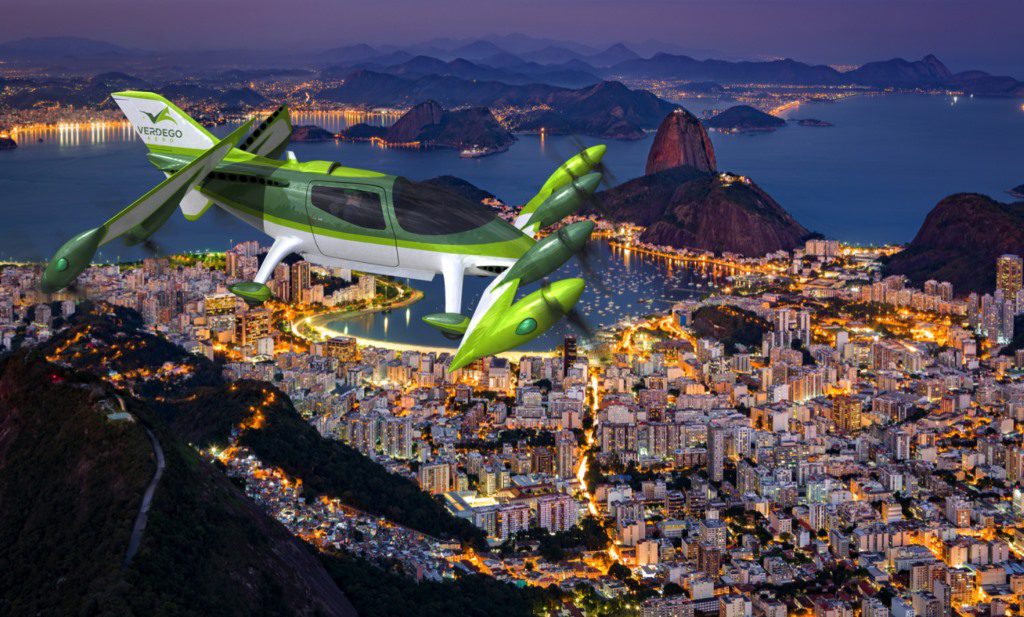 Erik Lindbergh, grandson of famed aviators Charles and Anne Morrow Lindbergh, has founded VerdeGo Aero, “an innovative new aerospace company with a mission to provide the upcoming multi-billion-dollar urban transportation market with a safe, clean, and quiet hybrid-electric vertical takeoff and landing (eVTOL) aircraft that can fly piloted or autonomously.” The new company, with Lindbergh as president, taps electric aircraft industry pioneers Dr. Pat Anderson as Chief Technology Officer, and Eric Bartsch as Chief Operating Officer; VerdeGo’s headquarters is at the Embry-Riddle Aeronautical University MicaPlex in Daytona Beach, Florida. Each principal has more than a decade of past experience with green aviation. The VerdeGo PAT200 is a two-seat, hybrid-electric VTOL aircraft designed for commercial use in short-range urban transportation networks. The PAT200 has eight electric propulsion pods on a dual-tiltwing platform — the propellers on the rear wing are pushers that tilt down for vertical flight, while the propellers on the canard are tractors, tilting up for VTOL mode.