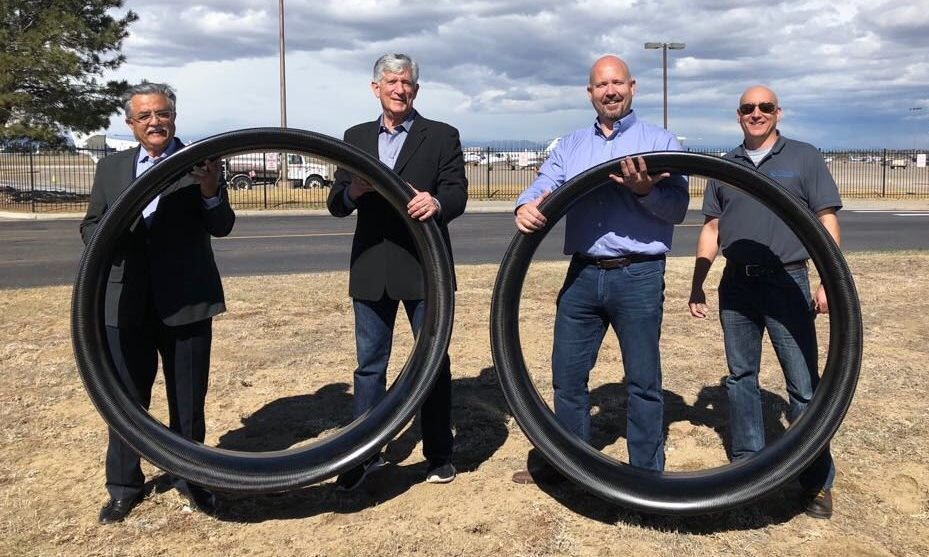 XTI Aircraft announced on Feb. 20 that it was on schedule and on budget as it completed the ducts and fans for its 60% scale flying prototype of the TriFan 600 aircraft, and moved toward ground testing those components (see “XTI Aircraft Refines Its TriFan 600 VTOL BizJet,” Vertiflite March/April 2018). The wing ducts for the prototype were received from Trek Aerospace in late March: the photo shows XTI founder Dave Brody (second from left) with the two ducts.

“In this Phase 2,” explained Robert LaBelle, Chief Executive Officer of XTI, “we’re fabricating the wing ducts and fans and will perform ground tests for static thrust performance and verification on those components. We’ll also complete weight and balance, and full structural design. Fabrication of the entire aircraft will be completed in Phase 3, which will begin in April, followed by two or three months of testing before first flight later this year.” The company said it had received 60 orders for the airplane — each with a $25,000 refundable deposit — representing $390M in sales.