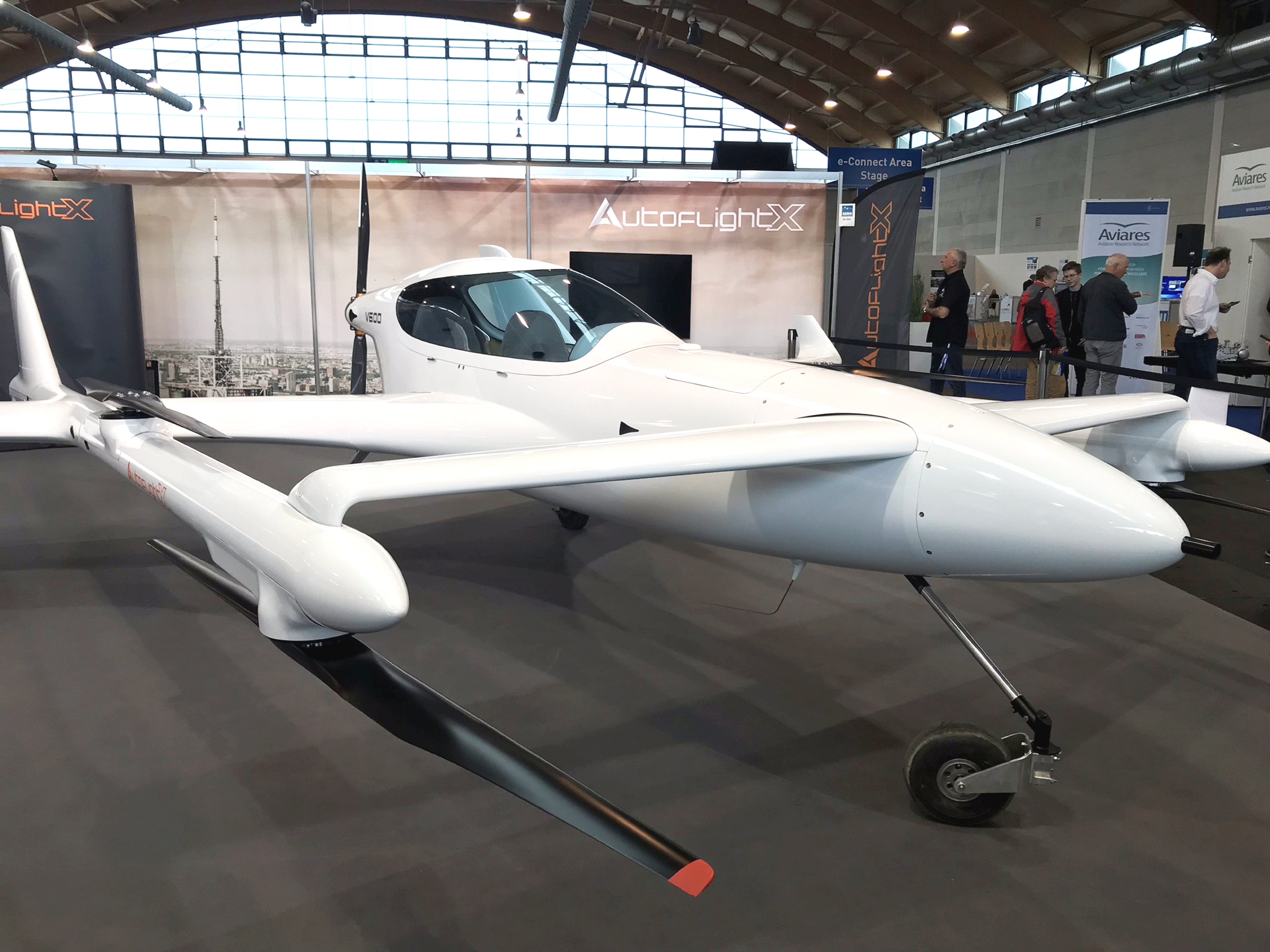 AutoFlightX GmbH, based near Munich, Germany, unveiled its full-sized V600 prototype on April 10, 2019, at the AERO Friedrichshafen 2019 aviation trade show. The two-place, all-electric AutoFlightX V600 has six propellers for lift fitted on two booms parallel to the fuselage and a pusher propeller in the rear for forward flight. The design uses four propellers underneath (one each at the ends of the two booms) plus a single propeller above each boom (at its center), for a total of six lifting propellers.

AutoFlightX, founded in February 2018, is dedicated to the development, production, sales and operation of eVTOL aircraft. The company uses the aviation network of the Munich Metropolitan Region as well as the Technical University of Munich. The V600 is based on the earlier BAT600.

The company expects their eVTOL aircraft can be used as autonomous air taxis, regular piloted-sports aircraft and as unmanned autonomous cargo drones. AutoFlightX plans to fly the prototype in the coming weeks. The operational aircraft is planned to seat three-to-five passengers and be certified under the new European Aviation Safety Agency (EASA) Ultralight rules for aircraft with a maximum takeoff weight of 1,323 lb (600 kg). However, the initial plan is to use the aircraft for cargo delivery, beginning in 2023.

VFS correspondent Ian Frain took these photos at AERO Friedrichshafen at the unveiling on April 10.

Additional photos from AERO Friedrichshafen can be found on the VFS Facebook page in three photo albums: April 10. April 11 and April 14.