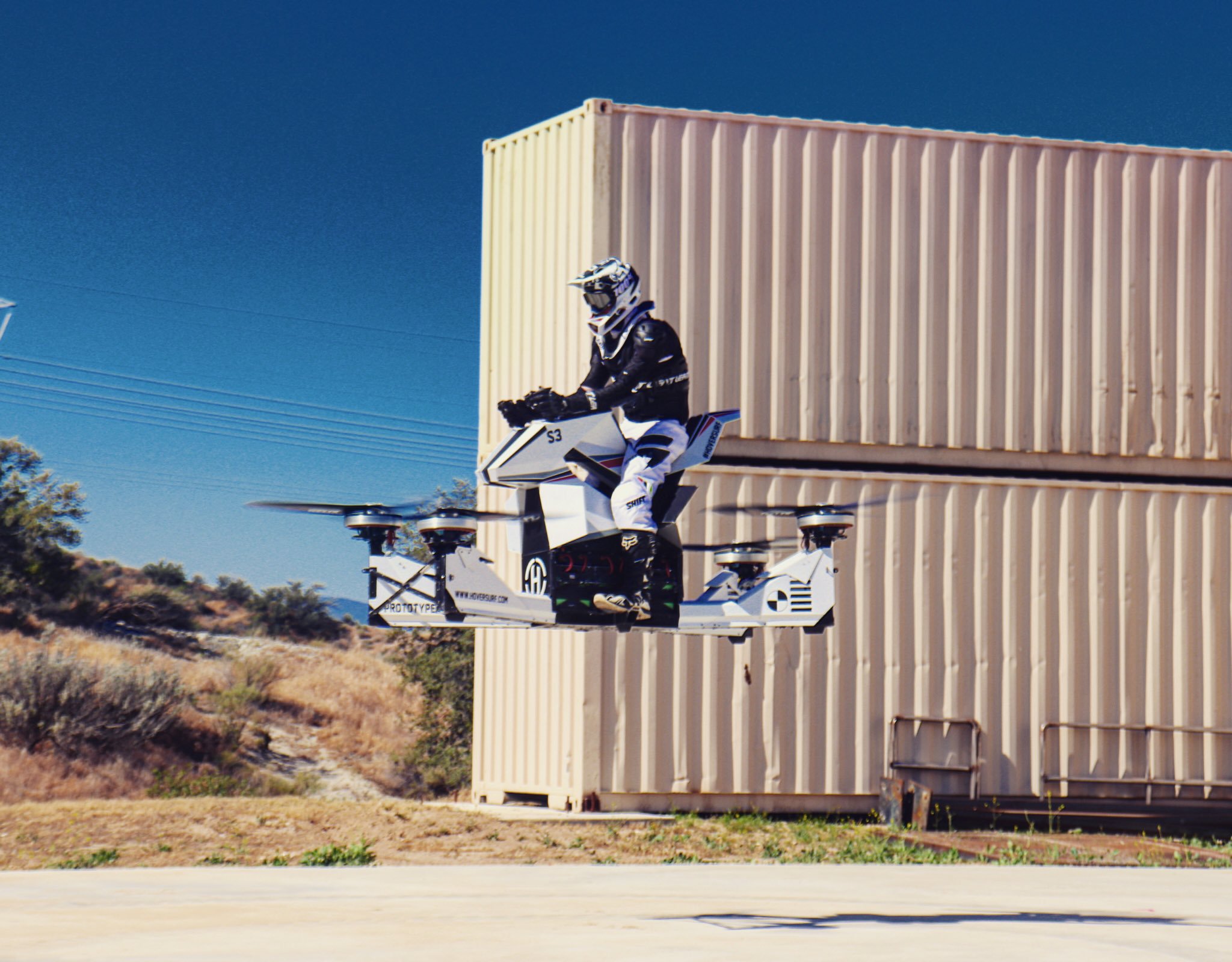 "WORLD’s FIRST No pilot LICENCE, No aircraft CERTIFICATION official approved personal drone HOVERBIKE S3 2019. FAA has made determination that the Hoversurf model presented met the applicability requirements of § 103.1(a), (c), and (e)." The actual letter from the FAA was posted and is also shown below. It notes that Hoversurf had submitted the review under the name, "Hoverbike S3", but was planning to market it as the "Hover One". It had previously been known as the Hoversurf Scorpion-3 (S3). More information about the company and the hoverbike is posted at /hoversurf-scorpion.

Hoversurf follows the Kitty Hawk Flyer and the Opener BlackFly as the third eVTOL to begin operations under Part 103.