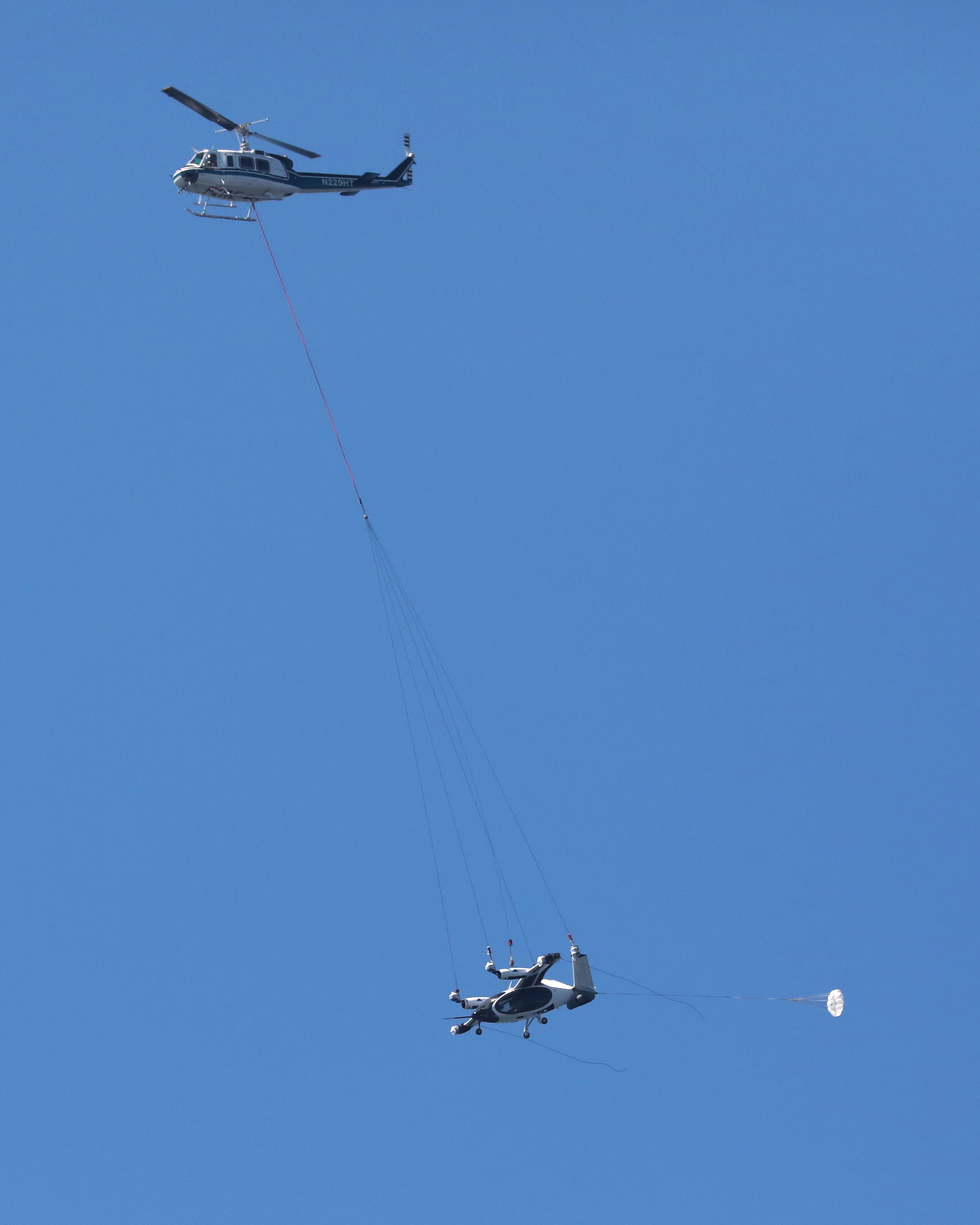 The Santa Cruz Sentinel captured photos of the Joby Aviation five-seat prototype being airlifted from the company’s facility at Bonny Doon, California (outside of Santa Cruz) on July 7. At Joby’s Bonny Doon facilities, the aircraft had been ground and hover tested at the bottom of a limestone and shale quarry. According to a story written by VFS Board Member Kenneth Swartz on MHM Publishing’s EVTOL.com website, the aircraft was carried suspended from the cargo hook of a HeliStream Bell 205A- 1 utility helicopter to the restricted airspace of US Army Garrison Fort Hunter Liggett in southern Monterey County. Here, Joby’s pre-production prototype (which has not been publicly named) will be able to conduct transition and forward flight testing (for more information, see “The First Electric VTOL Unicorn: Joby Aviation,” Vertiflite, March/April 2020). In January, Joby announced that it had received $720M in investments for a valuation of more than $1B, which made it the first eVTOL “unicorn” (with Lilium now being the second — see “Lilium Draws Searing Publicity, Then Soaring Investment,” pg. 64). Photo © by Shmuel Thaler, Santa Cruz Sentinel. Used with permission. (Sources: Santa Cruz Sentinel, EVTOL.com)