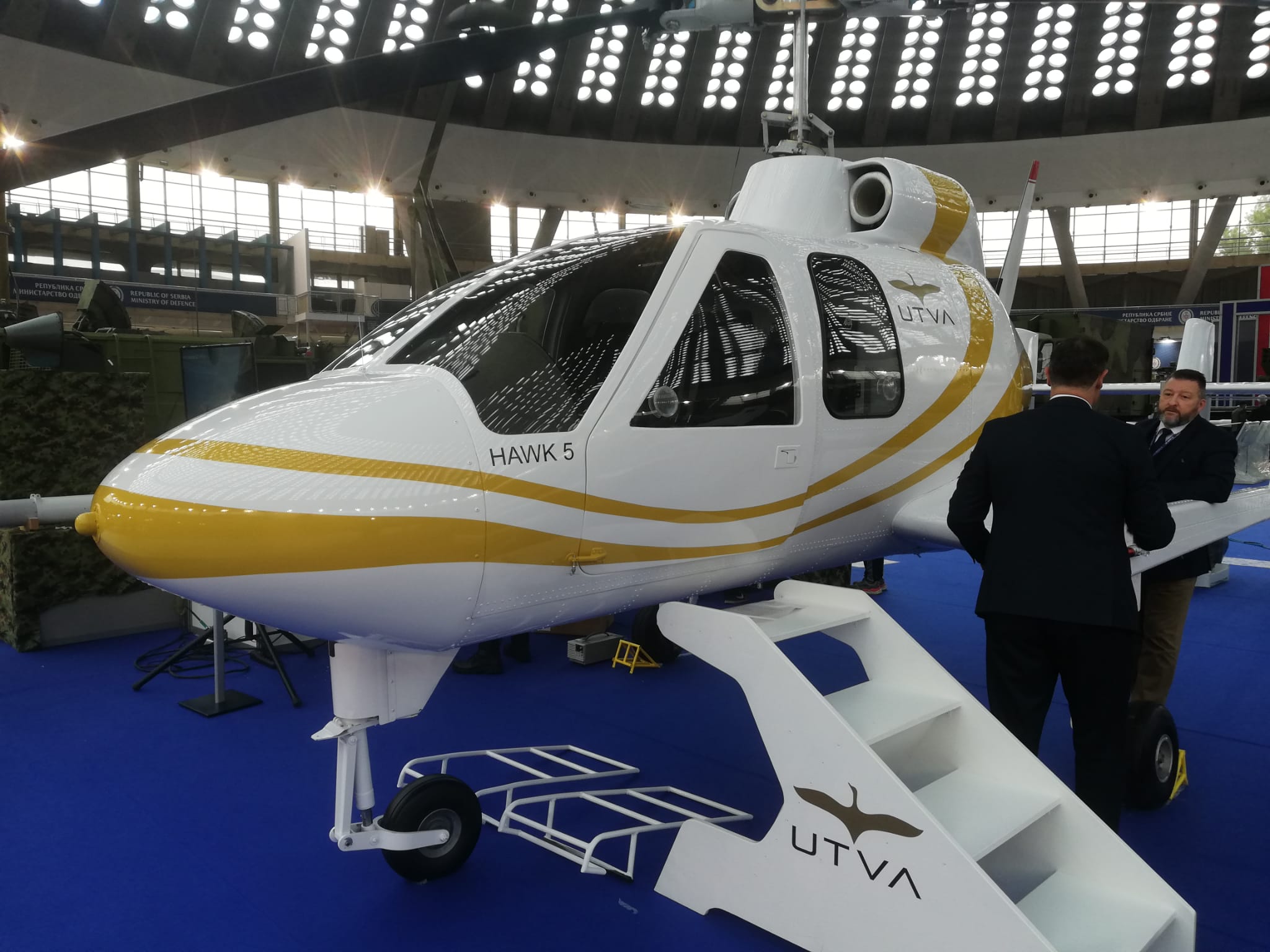 Skyworks Aeronautics unveiled its Hawk 5 gyroplane at the 10th International Exhibition of Arms and Defense Equipment “PARTNER 2021” in Serbia on Oct. 11–14, 2021. The Hawk 5 is powered by a Rolls-Royce M250 turboshaft engine and has a five-seat capacity. Like the previous Hawk 4 gyroplane, the Hawk 5 is runway independent, offering customers the convenience of VTOL takeoff and landing and the comfort and reliability of fixed-wing flight. In June, Skyworks and UTVA, a subsidiary of the Serbian government owned Yugoimport, announced it had partnered to produce the Hawk 5 at UTVA’s facility at Pancevo Center, Serbia. Meanwhile, on Oct. 11, Skyworks announced the appointment of British Army Air Corps Major (ret.) Andy Ozanne as a new test pil

In addition, Skyworks has now accrued a total of 260 orders for its all-electric eGyro aircraft. Europcar Brazil announced on Oct. 11 that it plans to purchase 50 eGyro aircraft for use in Brazil; Europcar is the world’s third-largest rental car company. This comes after Nortavia Transportes Aeros announced in August that it would purchase 10 of eGyros; Nortavia is a commercial flight training and maintenance certification academy in operation for more than 30 years at Maia in Porto, Portugal.