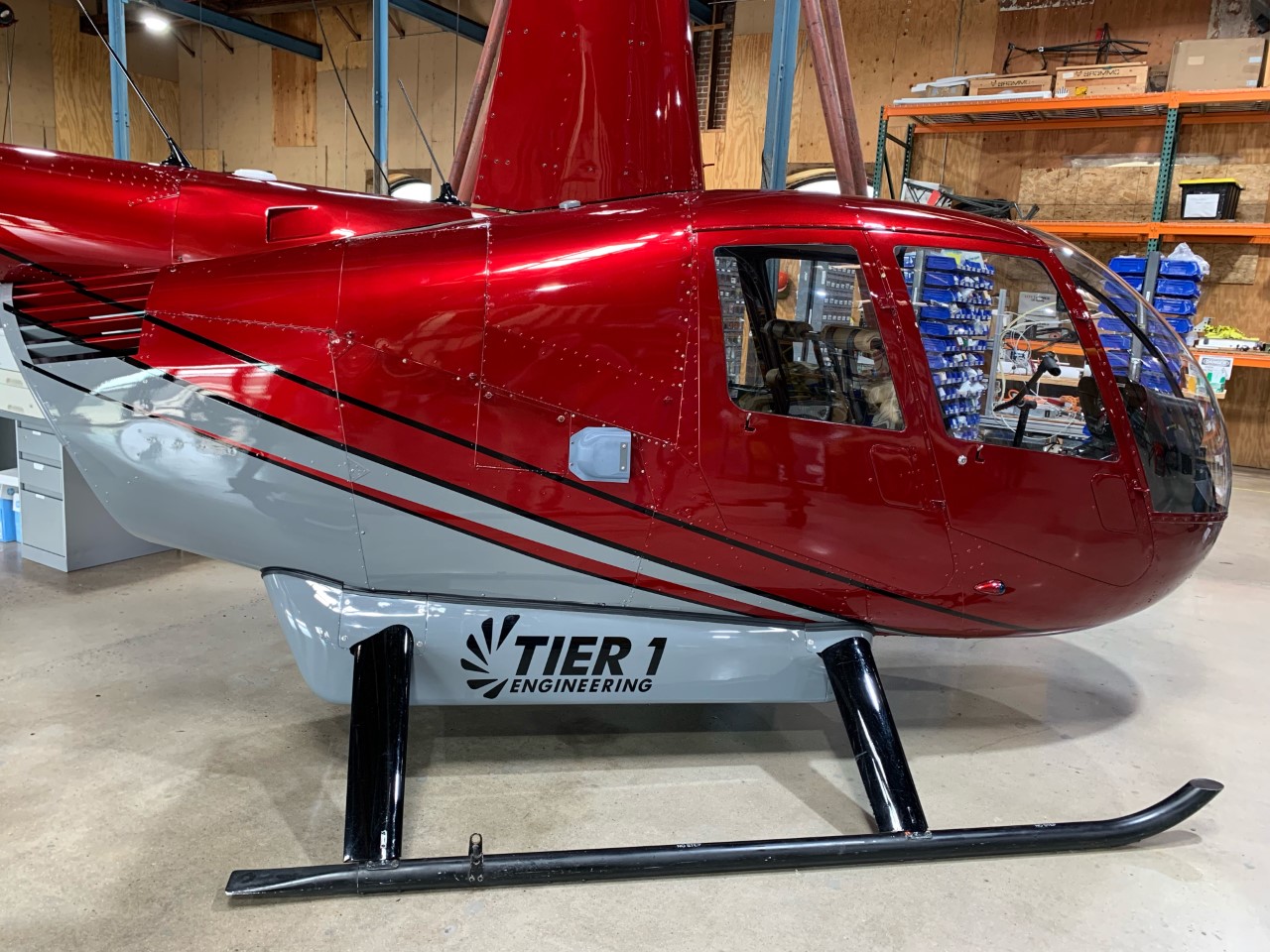 For the past five years, Tier 1 Engineering of Santa Ana, California, has been flight-testing and refining an electric-powered version of the Robinson R44 — the world’s best-selling general aviation helicopter for the past 22 years — with more than 7,200 delivered.

Now the company has provided the Vertical Flight Society with exclusive photos of its second prototype electric R44 (N484AK). Tier 1 is planning to fly it soon with its next-generation streamlined battery pack that its lighter than its predecessor. In addition to the photos posted here, VFS has a photo gallery of Tier 1’s first-generation electric R44, including recent walkaround photos.

The company’s certification path for its aircraft is much less challenging that for an all new electric vertical takeoff and landing (eVTOL) aircraft. In addition, the aircraft’s lower operating costs compared to the piston-engine R44 will make it attractive for many missions including sightseeing and flight training. Tier 1 also plans to sell the STC kit as an electric propulsion unit (EPU) for commercial operators (see “Eco Helicopters Coming to LA,” Vertiflite, Nov/Dec 2020).

Tier 1 Engineering president Glen Dromgoole also speaking at the 15th Annual Electric Aircraft Symposium, July 20-22, where he provided insights into the plans and progress of Tier 1’s electric R44. His talk (posted on the VFS YouTube channel) was part of the panel, “Aircraft Conversions and Supplemental Type Certifications,” on July 20, 2022, moderated by Vertiflite’s Kenneth I. Swartz.