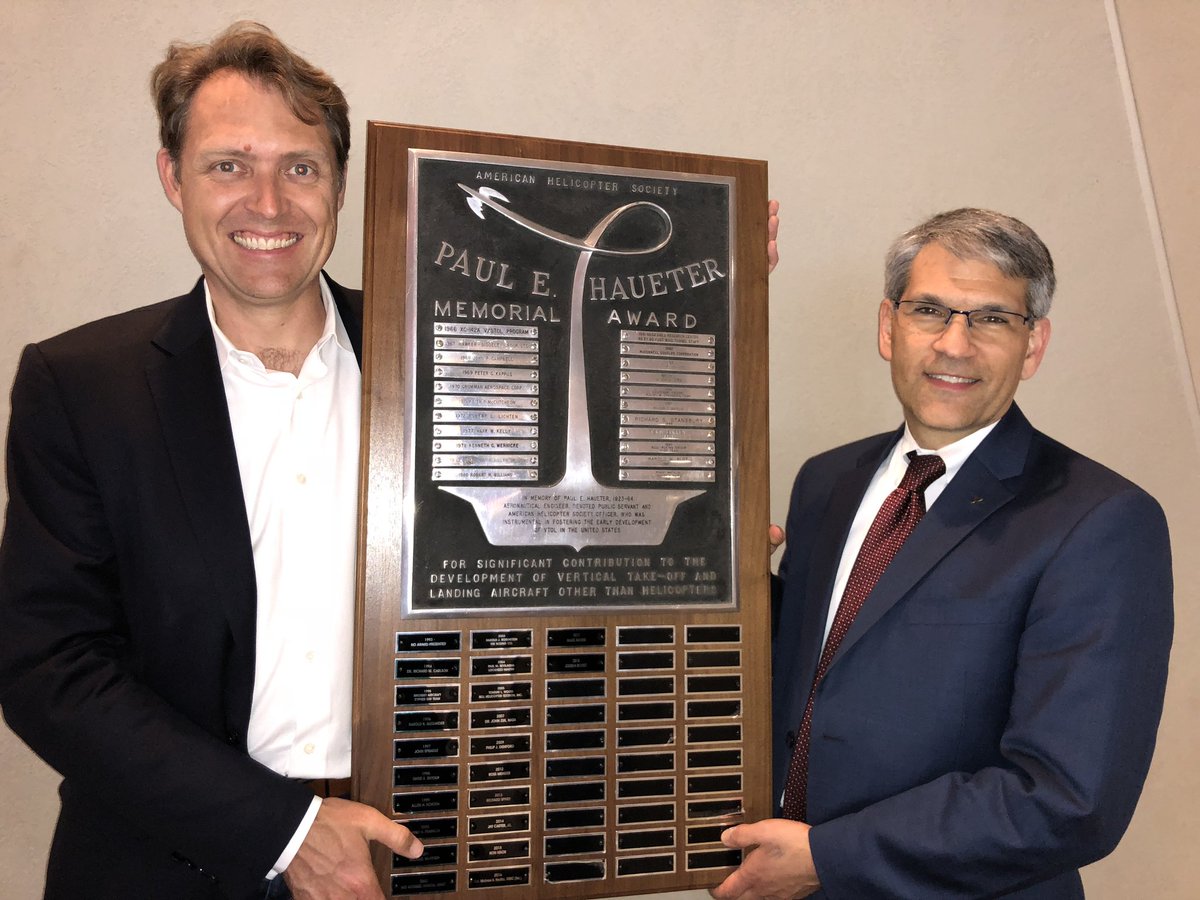 Until recently, Uber was often one of those companies that people seem to love to hate. Stemming from the well-publicized antics of its founding CEO Travis Kalanick, workplace scandals and the no-holds-barred expansion strategy of its startup years, most people were skeptical and suspicious of Uber’s intentions and motivations when it announced its interest in electric vertical takeoff and landing (eVTOL) aircraft.

Uber’s landmark white paper, “Fast-Forwarding to a Future of On-Demand Urban Air Transportation,” was published on Oct. 27, 2016. It was a wild ride at first, with many accusing the initiative of being a crazy stunt to boost the company’s valuation ahead of an initial public offering (IPO). The idea was too radical for many to take seriously, at least at first.

The concept was first mentioned at two conferences the month before by the two coauthors. Uber Chief Product Officer Jeff Holden discussed it at the annual Nantucket Conference for investors and entrepreneurs on Sept. 24. Four days later, Uber’s future Elevate Head of Product Nikhil Goel explained the company’s vision at the joint 3rd Annual Transformative Vertical Flight (TVF) Workshop — the forerunner of the annual VFS Electric VTOL Symposiums — which VFS co-organized with SAE International, supported by individuals from NASA and the American Institute of Aeronautics and Astronautics (AIAA).

As the director of the leading professional organization supporting electric vertical flight, I was one of 10 non-Uber reviewers of the white paper (listed on page 9) from NASA, industry and academia who provided inputs and suggestions.

The white paper drew on the technological disruptions taking place across the aerospace, technology and mobility sectors — as evidenced by low-cost consumer drones (e.g. DJI and Parrot), privately-funded space flight (SpaceX and Blue Origin) and the app-enabled sharing economy (Uber and Airbnb) — and leveraged growing public interest in a future of zero-emissions electric vehicles. But perhaps more significantly, Uber filled an important gap by focusing on the critical linkage between vehicle requirements, product design, market opportunities and operating economics, so it could deliver an air taxi at competitive seat mile costs. Previous efforts to build an entirely new commercial aviation system around new aircraft capabilities and aviation infrastructure were largely underfunded niche market initiatives, such as short takeoff and landing (STOL)-port development in the 1960–1980 period and tiltrotor-focused vertiport initiatives in the 1990s.

Building a Dream Team
The ideas were revolutionary, the timeline seemingly impossible and the vision incredibly bold. But over the next four years, Uber invested significant time, resources and capital in fulfilling the title of its white paper — “fast-forwarding” the efforts and making extraordinary contributions to creating a new industry and accelerating a global movement toward electric propulsion and vertical flight.

Turning away from the strategy it had used for expansion of its ride-hailing service — operate in jurisdictions without regard for regulations until popular demand forced changes to the regulations — Uber courted the establishment and led outreach efforts to build a community. Uber joined VFS and many other associations; Uber leaders were stalwart speakers at VFS workshops and conferences — supporting the Society’s eVTOL efforts — and joined other efforts, notably the General Aviation Manufacturers Association’s (GAMA) new Electric Propulsion & Innovation Committee (EPIC), the AIAA Transformational Flight Program Committee and ASTM International committees on developing standards to accommodate this new type of aircraft.

Expanding the Community
The first Uber Elevate Summit was held in April 2017 in Dallas, Texas. Somewhat surprisingly, 500 people signed up to attend (including media reporters whose beat was tracking the sometimes outrageous goings-on at the company). Because of Uber’s reputation, much of the established aerospace community looked upon the initiative with a great deal of skepticism.

Presentations at that first Summit included the original Elevate vehicle partners — Aurora Flight Sciences, Bell, Embraer, Mooney (with the CarterCopter) and Pipistrel Aircraft — as well as the announcement of the original two Elevate cities, Dallas and Dubai. Uber also partnered with Hillwood to create vertiports and ChargePoint to support the development of electric charging infrastructure.

Importantly, the Elevate Summit put eVTOL on the map far beyond the few hundred people who had been attending the annual VFS workshops, where many seeds of the Elevate vision had been cultivated. That month also saw the launch of the Society’s bespoke website, www.eVTOL.news, as the first — and most comprehensive — website on electric VTOL. It started with a score of Vertiflite articles from the preceding several years and about a dozen different concepts in the nascent directory. The prior webpage, www.vtol.org/electricVTOL, is still preserved, as an archive of where the industry was at the time, and includes all the announcements and press releases leading up to and during the first Summit.

Uber galvanized the eVTOL community with its vision and active engagement. The hype curve took off (see my Commentary, “Electric VTOL is Taking Off. Beware the Hyper-Hype Cycle,” Vertiflite, Sept/Oct 2018), particularly with subsequent Elevate Summits in May 2018 and June 2019, which included more speakers with a deep experience in aviation, building credibility. Although they were always highly scripted and narrowly focused on Uber’s view of the world, the Elevate Summits brought together disparate members that helped form a nascent community in pushing the bold, disruptive vision of urban air mobility.

The vision catalyzed the entrepreneurial spirit and the everyman longing for a “flying car” with creative (and often ludicrous) concepts being designed (and sometimes developed) from nearly every corner of the earth — more than 400 eVTOL concepts are now being tracked on the VFS eVTOL.news website. Investment in eVTOL is now estimated at more than $4B, attracting around $1B each year (see “Supporting the Electric VTOL Revolution, Vertiflite, Sept/Oct 2020). Much of this investment has happened as a result of the vision that Uber Elevate set out and the amazing progress over the past four years.

Most importantly, it was Uber’s holistic approach to the problem, the entire “ecosystem” necessary to support the birth of a new type of aircraft. Four years of working with every potential stakeholder has truly “fast forwarded” the realization of the Electric VTOL Revolution.

Transitioning the Dream
Joby Aviation announced on Dec. 8 that it was acquiring Elevate — as well as a $125M in investment — from Uber. “The team at Uber Elevate has not only played an important role in our industry, they have also developed a remarkable set of software tools that build on more than a decade of experience enabling on-demand mobility,” said Joby Founder and CEO JoeBen Bevirt in the press release. “These tools and new team members will be invaluable to us as we accelerate our plans for commercial launch.”

The story broke as this issue of Vertiflite was nearing completion, with the two feature articles on Joby, starting on pg. 42. When asked for comment, Joby noted, “At its core, Uber Elevate was a team of technologists who shared Joby’s passion for bringing the dream of fast, quiet and affordable air taxi services to riders worldwide. For the past several years, Uber Elevate brought together an ecosystem of investors, aircraft designers, real estate developers, civic leaders, community partners, and many other stakeholders, both big and small, to advance this shared vision. Along with developing ecosystem partnerships, Uber Elevate also developed a set of exceptional software technologies, including market simulation tools to model pricing, infrastructure siting and network design, automation tools for airspace systems, and on-demand aerial ridesharing dispatch tools for serving customers via Uber Copter. Bringing these tools, and experts, into the Joby fold allows us to rapidly accelerate our go-to-market strategy and readiness to start commercial operations in 2023.”

Joby’s press release highlighted that since 2016, “Uber Elevate has played an important role in laying the groundwork for the aerial ridesharing market by bringing together regulators, civic leaders, real estate developers and technology companies around a shared vision for the future of air travel. Their software tools enabling market selection, demand simulation and multi-modal operations are at the center of their work, and form the basis of this future-focused deal.” The two companies have also agreed to “an expanded partnership between the two parent companies” and to integrate their respective services into each other’s apps, “enabling seamless integration between ground and air travel for future customers.”

Although some of the key players in the Electric VTOL Revolution have changed badges, this marriage of many of the leading eVTOL visionaries and experts under Joby will consolidate its leadership in the industry, and stay on track to field a high-performance eVTOL air taxi on schedule in 2023.