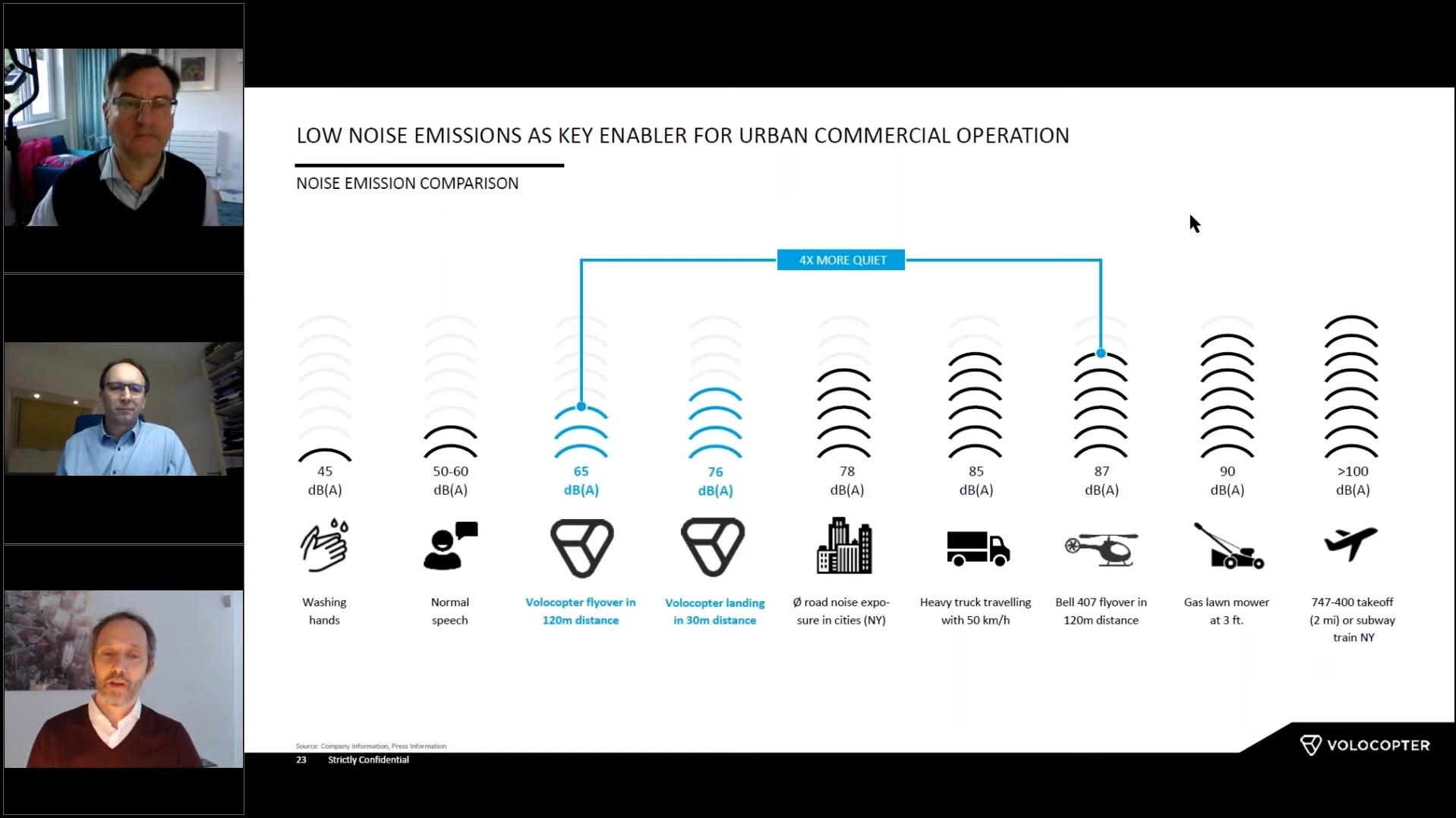 VFS picks up where 2020 left off with technical webinars, interviews and virtual chapter meetings.

As we turned the calendar over to 2021, VFS continued to provide webinars on relevant vertical takeoff and landing (VTOL) and electric VTOL (eVTOL) developments to keep members learning and engaged. Links to past and future webinars are available at www.vtol.org/webinars.

VFS Technical Program: How X-Plane Can Be Used for eVTOL Flight
On Jan. 19, the eVTOL Flight Test Council — a joint effort led by VFS with the American Institute for Aeronautics and Astronautics (AIAA), the Society of Flight Test Engineers (SFTE) and the Society of Experimental Test Pilots (SETP) — held a webinar with Austin Meyer, the developer of the X-Plane flight simulation tool. The webinar demonstrated the aspects of the X-Plane simulation that can provide insights into vehicle performance prior to actual test flights. Meyer has added some specific features into X-Plane to enable VTOL and eVTOL designs.

eVTOL Writers Group Interview: Volocopter
On Feb. 10, VFS organized a group interview with Volocopter’s CEO Florian Reuter and Head of Certification & Quality, Oliver Reinhardt. Reuter provided an overview of various studies that Volocopter has performed, including market segmentations, demand models and integrating operations. Reinhardt presented the path to certification for the company’s first commercial product, the VoloCity (see “Electric Vertical HEMS: A New Era in Air Ambulance?” pg. 44). The discussion included some insightful discussions about public perception of noise and noise acceptance. Reuter and Reinhardt also answered a number of questions from the trade journalists and the attendees.

VFS has all of our past video recordings linked on the VFS Video Library page: www.vtol.org/videos. Those available to the public are also available on the VFS YouTube channel: www.youtube.org/VTOLsociety.

VFS Starts eVTOL Hydrogen Council
Building on the success of the eVTOL Flight Test Council, VFS held its first meeting of the Hydrogen eVTOL Council on Jan. 14, led by VFS members Michael Dyment of NEXA Capital and Danielle McLean of Happy Takeoff. During the first meeting, the committee charter was presented and modifications proposed. The featured guest speaker was Charlie Myers, President of the Massachusetts Hydrogen Coalition. Meetings are held on the third Monday of each month. The Feb. 15 meeting is planned with Paul Eremenko (CEO) and John-Paul Clarke (CTO) of Universal Hydrogen (see “Catching Up on the State of eCTOL Aircraft,” Vertiflite, Nov/Dec 2020). Members interested in participating on the H2 eVTOL Council should contact Jim Sherman at jsheman@vtol.org.