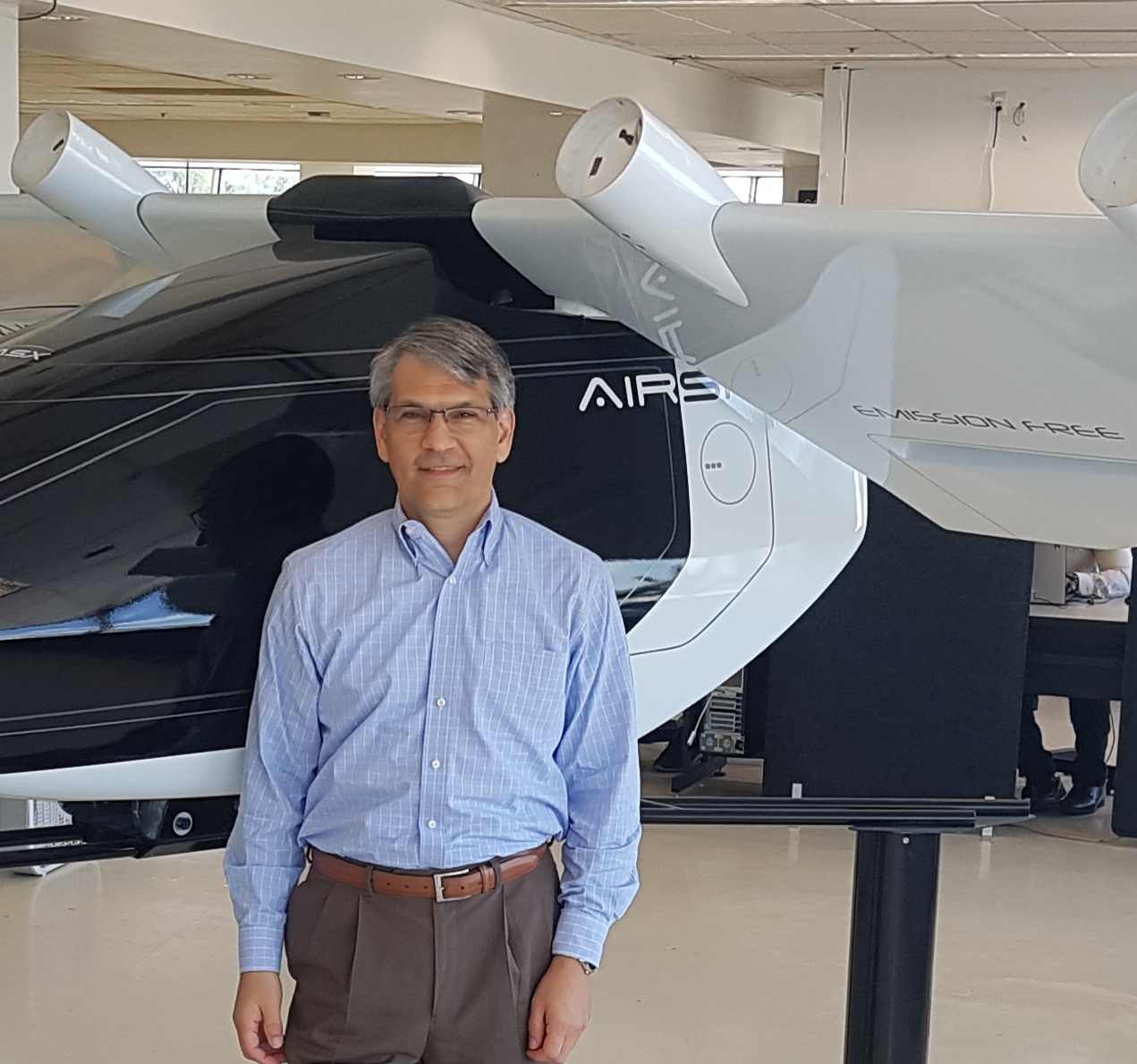 VFS urges all organizations and individuals to work together to bring about the Electric VTOL Revolution.

The Vertical Flight Society has been leading efforts since 2014 to support the realization of electric vertical takeoff and landing (eVTOL) aircraft. Over this time, VFS has been working with a growing number of associations, trying to get everyone involved in solving the daunting challenges this new type of aircraft face. Now that terms like eVTOL, air taxis and urban air mobility (UAM) are commonplace, many new associations and organizations have realized that they also need to get involved to support the development of this promising — and potentially transformative — capability.

Over the past two decades, “The Drone Revolution” introduced a broad swath of the public to firsthand experience with VTOL aviation for work, education and recreation.

Society is now facing an even greater impact in what VFS has dubbed, “The Electric VTOL Revolution.”

The revolution began with a bang in 2011: first flights were all made that year by the then-AgustaWestland Project Zero unmanned electric tiltrotor flying wing in Italy, Solution F’s electric helicopter in France, Germany’s Volocopter VC1 multi-copter testbed and the (now Opener) Skykar Rebel in Canada. Though these first hops were extremely limited, they proved that electric-powered, man-carrying VTOL aircraft were possible.

In addition, the $2M GoFly Prize competition is scheduled for Leap Day, Feb. 29, 2020, at Moffett Field in Mountain View, California. GoFly seeks to facilitate the creation and commercialization of VTOL “personal flying devices for anyone, anywhere.”

VFS sees these efforts as having the potential to transform society through the democratization of aerial transportation. Uber’s Elevate initiative plans to operate potentially thousands of flights per hour in major metropolitan cities, exposing millions of people to vertical flight as part of their daily commute. Other applications are being explored for recreational/personal flying, regional air mobility, public service missions, and, of course, package/cargo delivery.

As noted elsewhere in this issue of Vertiflite, flight-testing of more and more capable machines is taking place in increasingly complex airspace on practically a daily basis. Regulators are developing certification means to approve safe operations of eVTOL aircraft for UAM “air taxi” shuttle services and other applications. Investors are placing their bets on vehicles and beginning to fund infrastructure developments. There are hundreds of billions of dollars of infrastructure investment opportunities for a possible $1–2T UAM market.

There are still many obstacles to overcome, and significant effort required before the eVTOL Revolution matures. eVTOL aircraft companies have been conducting flight testing and certification discussions with regulators for years and many have been gathering data from hundreds or even tens of thousands of flights.

Beginning with the awareness of the first public eVTOL flights in 2011, VFS has been supporting the development of electric propulsion technology and its applications. In addition to supporting existing and newly joined individual and corporate members, we expanded coverage of eVTOL in Vertiflite and held the world’s first technical meeting on “Transformative Vertical Flight” in 2014, and brought together government, academia and industry, including several associations in each of our annual meetings. Our 7th Annual Electric VTOL Symposium will be held in January as part of the Transformative Vertical Flight conference in Silicon Valley (see www.vtol.org/transformative).

Besides they key early meetings, VFS also provided editorial input to the 2016 Uber Elevate White Paper, started our eVTOL Newsletter in 2016 and created the world’s first and foremost online electric VTOL website, www.eVTOL.news, in 2017. Then, we held the world’s first eVTOL Short Course in May 2018. As an educational non-profit, we work hard to educate the aerospace community and the public on the promise and progress of eVTOL.

A key focus of our efforts has been the realization that we cannot make the Electric VTOL Revolution successful flying solo. From the beginning, VFS has partnered with other societies and associations — sometimes at the committee level, if their leadership wasn’t ready to endorse eVTOL. We highlighted their efforts at our events, and gave talks at their events, urging greater involvement.

Since our earliest meeting in 2014, we have invited speakers from partnering non-profits such as the American Institute of Aeronautics and Astronautics (AIAA), ASTM International, the General Aviation Manufacturers Association (GAMA), SAE International and many others. For the past three years, we have been holding annual briefings and discussion panels at the Helicopter Association International’s (HAI) Heli-Expo, the Association of Unmanned Vehicle Systems International (AUVSI) XPONENTIAL, the CAFE Foundation’s

Electric Aircraft Symposium, and many other organization’s events to educate their members and attendees on the coming revolution and to gain buy-in and support from those organizations.

We have been working closely with GAMA and the ASTM standards committees, and more recently supported the establishment of the Community Air Mobility Initiative (CAMI), a new association to support eVTOL implementation at the local levels and help facilitate public acceptance efforts. With the addition of NBAA, as well as the Aerospace Industries Association (AIA) and National Air Transportation Association (NATA), the Society has initiated a more comprehensive cross-society coordinating effort. We plan to add more than a dozen additional organizations to this informal group of association executives to help support electric VTOL for UAM and other missions. Each organization has an important role to play in educating our constituencies and working to solve the barriers to a rapid and successful Electric VTOL Revolution.

We have been truly gratified with the growing interest in vertical flight. Our efforts over the past six to eight years have played a key part in the success and momentum of the Electric VTOL Revolution. We are constantly receiving praise for the major role we have had to our members individually and collectively, and have been humbled by our outsized impact.

The barrier to entry for a drone or a small electric VTOL is a fraction of that for a traditional helicopter. Hundreds of new developers are entering the field of vertical flight, many from outside of aerospace. Although many such projects are probably doomed to fail, other developers are eager to learn about VTOL technology and are willing and able to fund the necessary expertise that resides within the vertical flight community. Developing and certifying safe, reliable and profitable aircraft can only be done by finding the right talent.

Around the world, I constantly meet entrepreneurs who are eager to learn and have the financial wherewithal to get their ideas to flight. They just need access to the resources and expertise available through VFS to help them get their ideas off the ground.

I encourage all our members to keep an open mind when working with innovators and invite them to take advantage of all that the Society has to offer. Joining VFS, participating in our events and networking, and accessing our robust online resources can have an impact on their efforts that is far greater than you may expect.

What do you think? Let me know at director@vtol.org.